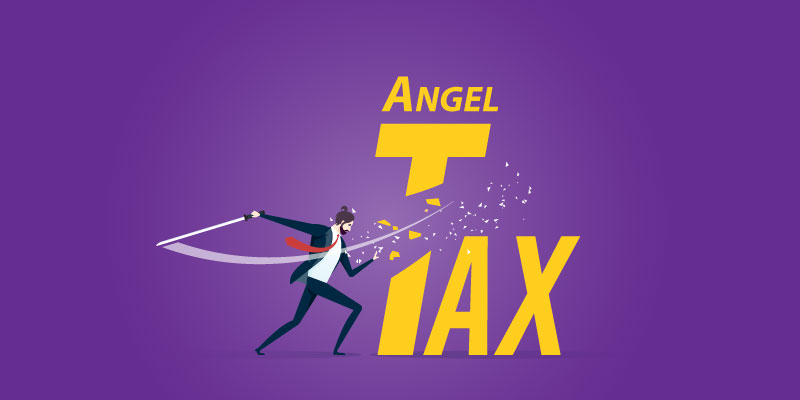 The government has provided angel tax exemption to 541 start-ups so far, industry secretary Ramesh Abhishek tweeted. He said only 36 applications for the exemption were turned down and that too for incomplete documentation.
The angel tax is levied on start-ups that have received equity infusion in excess of their fair valuation, with the premium being paid by investors as their income. It was introduced in the 2012-13 Budget by the then finance minister Pranab Mukherjee to curb money laundering.
As of now, according to Section 56 (2) (vii)(b) of the Income Tax Act, if a privately held company issues its shares at a price more than its fair market value, the amount received in excess of the fair market value will be taxed as income from other sources.

FDI Policy Review Begins as Inflows Drop Despite Auto Route
The government is examining India’s foreign direct investment policy to look for new areas that can be opened to overseas investors and sectors that face hurdles despite being on the automatic route.
“We have started a review and have asked all stakeholders to check for areas that can be opened up and if the automatic route is actually being used in existing sectors,” said an official aware of the development.
The exercise comes after FDI equity inflows into India fell in 2018-19, for the first time in six years, with a steep decline in telecom, pharmaceuticals and power.
FDI equity inflows into India declined 1% to Rs. 44.4 billion in 2018-19 from a record Rs. 44.8 billion in the previous year, data released by the Department for Promotion of Industry and Internal Trade showed.

E-invoice System Under GST Likely
Top companies in the country may soon have to rely on a common goods and services tax portal to issue invoices to their customers.The government is looking to introduce an electronic invoice mechanism under GST, but could restrict it to large companies in the initial phase, said a government official privy to the deliberations on the matter. This will automatically register every transaction on the GST network.
After the successful implementation of the e-way bill system, the government is upbeat on opting for the e-invoicing as it looks to curb tax evasion.
E-invoicing will allow the government to capture transactions on a real-time basis. For companies, it will make compliance, as well as getting their tax credits, easier.
A committee appointed by the GST Council has constituted a sub-group that will examine issues connected to e-invoicing, including optional treatment of sectors such as banking and telecom as also tentative timeline for execution.

India to battle it out with US, UK to tax digital firms
India will press for widening the scope of permanent establishment (PE) to tax digital enterprises such as Google, Facebook, Microsoft, and Netflix at the Organisation for Economic Co-operation and Development (OECD) Base Erosion and Profit Shifting (BEPS) Inclusive Framework meeting in June.
With G24 backing, it will fight it out with the US and the UK to push through its ‘significant economic presence’ proposal at the OECD, as 128 counties sit together to put in place a multilateral instrument to bring these companies into the tax net.

GSTN Move to Give Leg-up to Software Product Firms
A government bid to democratise access to accounting software by making it free for small companies and ensure compliance with the indirect tax regime will give a leg-up to Indian software product companies, helping them scale their user base and strengthen business.
The Goods and Services Tax Network (GSTN) last week allowed small businesses, with a turnover of Rs. 1.5 crore or lower, to download a software that would help create invoices and account statements, manage inventory and prepare GST returns.
Six firms are listed on the GSTN website which will offer software free of cost to the targeted 8 million small businesses, or nearly a seventh of India’s estimated 55 million SME base.
The move by the government is aimed towards making digitisation easier for small companies, said a senior executive of GSTN.

No New Taxes, Just Improve Data Mining
The Narendra Modi government, in its second term, must have a credible plan to revive the economy that is expected to decelerate for a second consecutive year in FY 2020. The focus should be on fiscal discipline as well, given that a high fiscal deficit is not viable when investment activity picks up, as it would fuel inflation. Already, the Centre has pushed back the fiscal deficit goal of 3% of GDP to 2020-21. The combined Centre-state fiscal deficit is expected to close to 8% of GDP due to various income transfer schemes. That is way too high. So, there could be a temptation for the government to levy fresh taxes to raise more revenues. Giving in to this temptation would be regressive and, possibly, lead to fresh tax evasion. Instead, the need is to make existing taxes work more efficiently. Given that a lot of income escapes taxation, it makes eminent sense to rigorously mine the data generated by the goods and services tax to track and hunt down the income that evades tax.