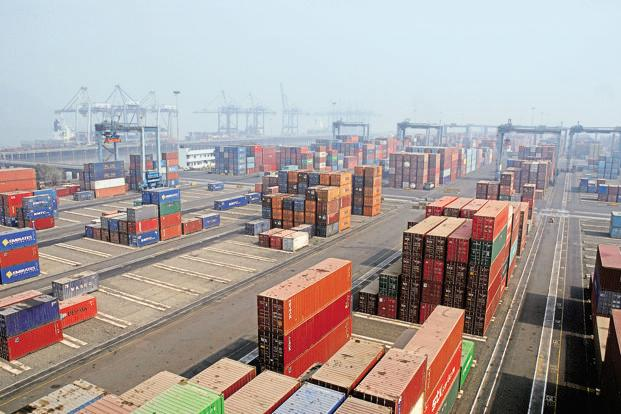 The civil aviation ministry is likely to approach the Goods and Services Tax(GST) Council soon for bringing aviation turbine fuel(ATF) under the tax regime.
Thursday´s meeting in the Capital was attended by AirIndia Chairman and Managing Director(CMD) Pradeep Singh Kharola, Pawan Hans CMD BP Sharma, the chief executive officer of a private airline, and the chief financial officers of other carriers.”We have given our suggestion to the ministry and Minister of State for Civil Aviation Jayant Sinha is likely to meet the GST Council soon to present our case,” a senior airline official said.
Currently, jet fuel is not under the GST ambit and the levy on it varies from state to state.

IBC Ordinance may Restrict Relief Proposed for MSMEs
The government has further revised the ordinance it proposes to move to make changes to the Insolvency and Bankruptcy Code (IBC). The updated note that will be sent to cabinet for approval is likely to restrict the wide exemption proposed earlier for micro, small and medium enterprises (MSMEs) from the provisions of Section 29A that disqualifies certain persons from bidding for an insolvent company. The revised cabinet note will also include a provision to allow participation by promoters released from imprisonment six years before the date of submission of a resolution plan, a senior official told ET. Many of the changes to the IBC will be made through the rules and regulations.

Merchant Exporters May Receive Govt Incentives
Slow growth in India’s exports has prompted the government to promote merchant exporters, who contribute almost a third of India’s exports in value terms but can’t avail of some incentives meant for manufacturer exporters.
Merchant exporters do not own manufacturing facilities but buy goods from manufacturers here and sell to overseas customers. They have the flexibility to procure goods from many sellers and sell them after negotiating the best prices to foreign buyers.
They are usually able to negotiate prices with buyers, sellers and shipping lines which are better than regular exporters.
The department of commerce is mulling ways to reduce the cost of credit for them.
“It is crucial to promote merchant exporters and make use of their marketing and negotiating skills with global partners,” said an official in the know of the development.

Legal Shield in the Works for Foreign Investments
India is working on a framework that will provide legal backing for a stable and predictable foreign investment regime in the country as it looks to attract more capital to help create jobs and accelerate economic growth.
The law that is in the works in the finance ministry is aimed at promoting and protecting foreign investments. It will spell out the rights and obligations of foreign investors and remove the grey areas that exist in the current system.
While Foreign Exchange Management Act (FEMA) deals with cross-border capital controls, a legal framework to guide foreign investment is still not in place. Bilateral Investment Promotion Agreements (BIPAs) have provisions but do not enjoy the force of law.