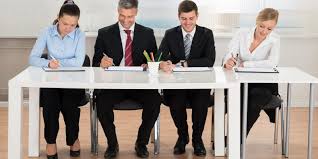 Government is trying its every best to make India “A digital Economy”. It seems as India is on the edge of a massive digital revolution. Promotion of a digital economy is an integral part of Government’s strategy to clean the system and weed out corruption and black money.
There are not many changes in current indirect taxation in India regime as GST is proposed to be rollout on 1stJuly, 2017. Hon’ble Finance Minister in today’s speech, said that IT system is on schedule for GST implementation and several teams of tax officers are also working tirelessly to give finishing touch to the Model GST law and rules and other details.
To promote cashless transactions, post offices, fair price shops and banking correspondents will be used. Hon’ble finance minister retreated a target of over 2,500 crore digital transactions for 2017-18 through UPI, USSD, Aadhaar Pay, IMPS and debit cards. These increased digital transactions will enable small and micro enterprises to access formal credit.Government will also encourage SIDBI to refinance credit institutions which provide unsecured loans, at reasonable interest rates, to borrowers based on their transaction history.
This budget has been welcomed by the whole industry. The Sensex jumped immediately after the speech was over. Digital economy budget will be a right move for the future growth of the economy. With more & more digitalization, India would have new taxpayers & better transparency in system. Every stakeholder from a small shop to a big corporate is pushed towards the digital economy. Government has pushed the digital theme in every area of the budget which is a nice effort.
Therefore, this Budget of 2017 is not a pull, but a push to Digital economy. Our government is determined to lay a beautiful foundation of digital economy in chartered accountant firms in Mumbai.