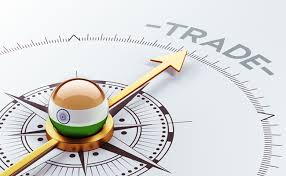 The commerce ministry will come out with a notification to align the foreign trade policy (FTP) with the provisions of the Goods and Services Tax (GST), which will be rolled out from July 1.
The ministry will have to come out with a notification as it has not been able to revise the FTP as was planned earlier. How to apply for gst registration
In a statement, it said that the ministry will release the reviewed FTP in September and not before the GST rollout as was being planned.
It was announced earlier that the mid-term review of FTP would be released before July 1 to align it with the rollout of Goods and Services Tax (GST). GST consultants
“A number of representations have been received from exporters regarding GST. Accordingly, it has been decided to release the reviewed FTP in September. This will allow the government to factor in the exporters’ feedback on relevant issues post GST,” the ministry said in a statement.
The five-year foreign trade policy (2015-20) provides a framework for boosting exports of goods and services besides creation of employment and increasing value addition.

For more information visit at: https://goo.gl/EzjNdT