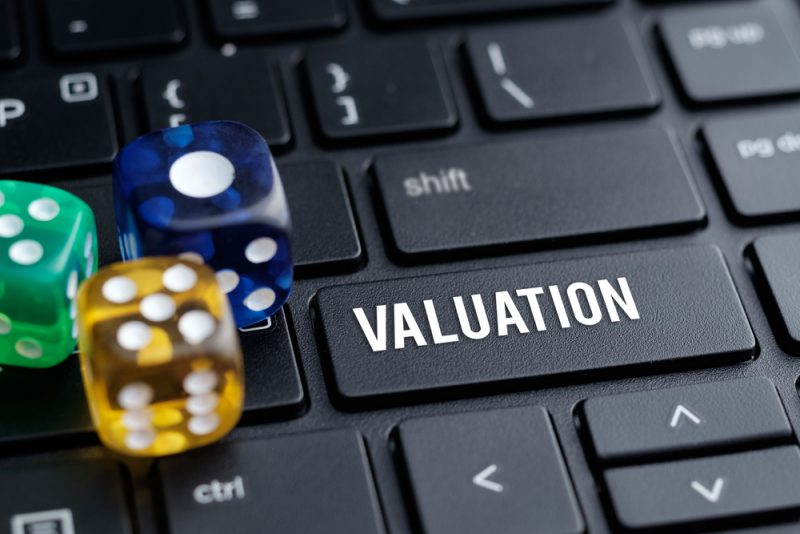 Valuation is a complex exercise demanding much more than number crunching and becomes more complex when it comes to regulatory valuations where certain parameters are laid down. It may be difficult to weave these requirements to the peculiar facts of a case, thereby highlighting the important role of an expert valuer.

Valuation of equity shares is generally required for regulatory or financial reporting purposes for a business. In valuation of shares, the underlying asset is the business and per share value is calculated to arrive at the final valuation.

Broadly, we shall discuss the valuation under the following laws & regulations for issue and transfer of shares (unlisted):

The requirements under the above laws and regulations have been explained in detail below:

A. Method of Valuation

This is explained in detail below.

Under Companies Act, 2013
As far as section 247(2)(c) is concerned, Rule 16 of Companies (Registered Valuers and Valuation) Rules, 2017 provides that all valuations that have to be undertaken under the Companies Act must now be undertaken using any above method until such time.

The Rule 16(1) also provides for the ability of the Central Government to notify the method by which assets and companies must be valued under the Companies Act.

Under Income-tax Act, 1961
There are two options for valuation of FMV u/r 11UA:

a) NAV method: As perRule 11UA, there is no specific requirement that which person will do the valuation. Therefore, one can opine that any registered valuer can do the valuation for issue of shares on fair Market Value.

b) Discounted Free Cash Flow Method: DCF model indicates the fair market value of a business based on the value of projected cash flows that the business is expected to generate in future. Rule 11UA(2)(b) deals with valuation as per DCF.

Under FEMA Regulations
The transfer of capital instruments are regulated under FEMA (Transfer or Issue of Security by a Person Resident outside India) Regulations, 2017. This regulation permits the person resident outside India, holding capital instruments of an Indian company or units in accordance with these Regulations to transfer the same to a person resident in India or vice versa by way of sale at value prescribed by the pricing guidelines. As per the pricing guidelines under FEMA, the transfer by way of sale shall be done at an arm’s length price which should be valued as per any internationally accepted pricing methodology.

Internationally accepted pricing methodology primarily implies using Discounted Cash Methodology. Discounted cash flow (DCF) method for valuation for unlisted companies takes into account the future business plans as well as cash flows and allows the rational selection of a discount rate taking into account the likelihood of both upsides and downsides of a project (all aspects of project risk) and industry norms.

The pricing guidelines shall not be applicable for investment by a person resident outside India on are making investments in an Indian company in compliance with the provisions of the Companies Act, as applicable, by way of subscription to its Memorandum of Association, such investments may be made at face value subject to their eligibility to invest under the FDI scheme.

As per SEBI (Issue of Capital and Disclosure Requirements) Regulations, 2018, where the shares of an issuer are not frequently traded, the price determined by the issuer shall take into account the valuation parameters including book value, comparable trading multiples, and such other parameters as are customary for valuation of shares of such companies.

B. Who shall be the Valuer?

Under Companies Act, 2013
It is important to note that all valuations under the Companies Act after January 31st 2019 must be conducted by a registered valuer* [having qualification and experience as per Companies (Registered Valuers and Valuation) Rules, 2017].

The MCA has designated the Insolvency and Bankruptcy Board of India (IBBI) as the authority for implementing the new regime of registered valuers.

However, such valuer will not undertake valuation of any assets in which he has a direct or indirect interest or becomes so interested at any time during a period of three years prior to his appointment as valuer or three years after the valuation of assets was conducted by him.

The registered valuer shall, while conducting a valuation, comply with the valuation standards as notified or modified under rule 18.

With effect from 24th May 2018, right of Chartered Accountant is taken away and therefore only Merchant Banker is authorized to determine the FMV of such equity shares under DCF method.

Thus, one can opine that under Income Tax Act:

Under FEMA regulations
As per RBI guidelines, fair valuation shall be duly certified by a Chartered Accountant, a SEBI registered Merchant Banker or a practicing Cost Accountant.

Conflict
Under Companies Act and Income Tax Act, a Registered Valuer shall arrive at the valuation as per Valuation Standards and Methodologies, whereas Merchant Banker shall arrive only using DCF Method. Furthermore, under FEMA, a Registered Valuer shall be a SEBI registered Merchant Banker or a CA or a Cost Accountant who would arrive at the FMV based on DCF method. So, companies have to bear unnecessary costs for varied valuations for a single transaction.

Thus, there is a need to align provisions of laws i.e. Companies Act, Income Tax as well as FEMA so that there is uniformity in the valuation process and Companies do not suffer the extra cost or tax demands. Thus, Registered Valuers are supposed to carry out valuation as per International Valuation Standards and Methodologies including DCF Method.

C. In case of Rights Issue

Therefore, one can opine that in case of right issue of shares, Valuation Report is required under different situations for the above Acts and regulations.

D. In case of Preferential Allotment of Shares
Section 62 of the Companies Act, 2013 with regard to the preferential allotment prescribes that the share value shall be determined in accordance with Companies (Share Capital and Debentures) Rules, 2014. This requirement does not apply to listed shares. These rules prescribe various methodology which can be followed for the purpose of arriving at the fair value of the shares of the Company.

As per Section 62(1) (c), for preferential allotment of shares, company has to follow rule 13 also. As per rule 13, the price of the shares or other securities to be issued on a preferential basis, either for cash or for consideration other than cash, shall be determined on the basis of valuation report of a registered valuer.

Therefore, one can opine that valuation is mandatory for allotment of shares on preferential basis and report taken from registered valuer shall fulfill the purpose of all above Acts and laws.