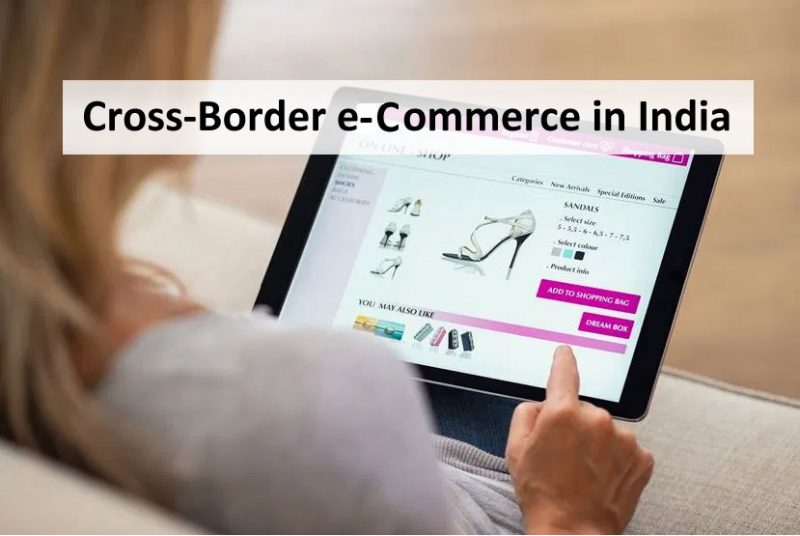 India’s e-commerce sector stands 9th in global cross border growth. While China takes the first position, Japan follows India at the tenth place after India as per the global rankings for the growth in e-commerce sector.

Introduction
India known for its rich diversity and culture, is more of a combination of various splendid cultures that make India one of a kind. The cultural diversity makes India unique, beautiful and ethnically diverse nations in the world.

India is the second largest country in the world – home to about a sixth of the human population – and the seventh largest country by sheer land mass. Following the liberalization of India’s economy in 1991, India experienced unprecedented growth and has become an integral part of the global economy. India is now the world’s fourth largest economy, and has been growing at an astounding annual rate of 4.5% to 5% since 2002. With a fast rate of GDP growth, India now boasts the world’s 7th highest GDP, the world’s largest democracy and the largest English speaking nation in the world.

E-Commerce market in India
The current figures states that e-commerce deals make up 25% of all out retail deals (as per ibef.org report) Looking at India’s stunning undiscovered potential and a compound annual growth rate (CAGR) of 17.8% for the period 2019-2023 (17.8%) global market players like Amazon and Flipkart (owned by Walmart) have concluded India as an indispensable future e-commerce market. India is an inexorably significant player with a population second just to China’s and set to long surpass that roaring economy’s headcount and has been breaking records for finishing responsibilities to creating foundation. In the interim, India has been explicitly connected with the tech business and e-commerce passion is on the rise for a tremendous and rapid development in the online sales market. A constant business environment filled with opportunities along with 100% foreign direct investment is permitted in the manufacturing sector and this adds up to the list of reasons for the rise.

In layman language, cross border e-commerce is the procedure of buying products from outside which enables customers to become early adopters for products from overseas markets. A Global E-commerce Study states that at least 73% of Indian consumers’ shop cross-border though many of them abandon the orders due to the high price on shipping. As nations worldwide enforced full or partial lockdowns to contain the spread of Covid-19, “it changed the consumer behaviour and consumption patterns towards “online shopping”. As stated by the India Brand Equity Foundation, the Indian e-commerce market is expected to grow to $200 billion by 2026 from $38.5 billion in 2017.

Online retail sales in India are expected to grow by 31% to touch $32.70 billion in 2018, led by Flipkart, Amazon India, and Paytm Mall. As most Indians have begun shopping on the web as  opposed to venturing outside their homes, the Indian internet business area saw an increment. Additionally, according to the Mckinsey report, 96% customers have attempted another shopping conduct; 60% purchasers are relied upon to move to internet shopping in the merry season and keep shopping on the web past the COVID-19 pandemic.

Reports
Enormous ventures from worldwide players—like Facebook, which is putting resources into Reliance Jio—are being recorded in the internet business market. Google likewise detailed its first speculation worth US$ 4.5 billion in Jio Platforms. This arrangement was trailed by the acquisition of Future Group by Reliance Retail, extending the presence of the Reliance Group in the online business space.

A significant part of the development in the business has been set off by expanding web and cell phone infiltration. As of August 2020, the quantity of web associations in India fundamentally expanded to 760 million, driven by the ‘Computerized India’ program. Out of the complete web associations, 61% associations were in metropolitan regions, of which 97% associations were remote. Cell phone shipments in India expanded by 8% year on year to arrive at 50 million units in the principal quarter of 2020, driven by sure shipments of all cell phone sellers on the lookout. Samsung drove the Indian cell phone market with 24% delivery share, trailed by Xiaomi at 23%.

The Govt. of India has strategized its FDI policies in order to increase the participation of foreign players in E-commerce. It hiked the FDI cap to 100% through Automatic route in Single brand retail and up to 51% in Multi brand retail via govt. approval route subject to other conditions.

Business models for cross-border-e-commerce
Two types of business models which can be followed in order to enter into the e-commerce market of India by any foreign player viz. Direct Purchase Import Model and second is Bonded Import Model.

Direct Purchase Import Model
Under this model, a company registered in India will import the goods from the overseas company and will clear the goods from the custom port by paying all the applicable duties. Thereafter, the Indian company will sell those goods over e-commerce portal and will earn their margin.

By this the overseas brand can enter into the Indian market place.

In this model, the control of the Indian subsidiary will be with the foreign company as shareholders would be parent company outside India.

Leading Market Players
1. Flipkart was established in October 2007 by Sachin Bansal and Binny Bansal. It is one of India’s driving E-trade commercial centres and is settled in Bengaluru. The organization at first began as an online book shop. Afterward, it additionally began selling different things like motion pictures and cell phones. Presently the organization offers in excess of 80 million items spread across in excess of 80 classes. It has the ability to conveyance 8,000,000 shipments each month.

3. Paytm, One97’s leader image, is India’s biggest advanced merchandise and portable trade stage – motivated and driven by a promise to incredible purchaser experience. Paytm is a supplier to E-business traders through its RBI affirmed semi-shut wallet. One97 conveys versatile substance and business administrations to a large number of portable buyers through India’s most generally sent telecom applications cloud stage. Settled in New Delhi, One97 is in excess of 4,500 individuals solid with local workplaces in Mumbai, Bengaluru, Pune, Chennai and Kolkata and worldwide presence across Africa, Europe, Middle East, and South East Asia.