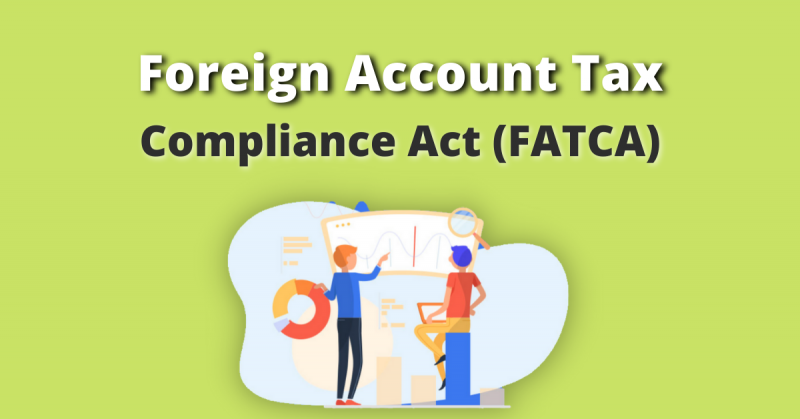 The seeds of financial crisis were sown long back when the interest rates were fiercely low with very lenient lending norms leading to creation of housing price bubble in U.S. The bubble bursted and the period of 2007-2009 marked as an epic financial collapse leaving people jobless and their investments worthless. With the unemployment rates soaring high and hovering financial crisis, the government aimed to boost the economy. It was then the Foreign Account Tax Compliance Act (FACTA) was introduced in US Taxation as a part of the Hiring Incentives to Restore Employment (HIRE) Act in 2010. HIRE Act was endorsed to incentivize the businesses for hiring unemployed workers. Some of the incentives offered under HIRE Act were increasing the business tax credit for each new employee hired and retained for minimum of 52 weeks, payroll tax holiday, increasing the expense deduction limit on the purchase of new equipments.

Parallel introduction of FATCA seeks U.S. citizens to report any foreign account holdings and assets on an annual basis. It will help to eliminate tax evasion by American individuals and businesses that are investing overseas and earning income abroad. By bringing FACTA in the picture, U.S. government not only tried to curb tax evasion but also increased its revenue inflow backing up for its incentive policy rolled out through HIRE Act.

Who all are affected by FATCA
FACTA legislation affects both individuals and business entities that are categorised as US persons for US Tax purposes.

US Person includes the following:
> An US citizen residing in another country but has not given up their US citizenship
> A person residing in the US, including US Green card holders
> Certain persons who spend a significant number of days in the US each year
> US Corporations, US Partnerships, US Estates and US Trusts

Foreign Home does not need to be reported.

Reporting Thresholds
IRS requires reporting of Foreign Assets in Form 8938. The reporting threshold depends on income tax return filing status – joint or single and whether the U.S. person is residing abroad or in U.S.

Non Compliance
Failure to file annual reports stating the foreign account and assets holding attracts harsh penalty. IRS levies $10,000 per violation plus an additional penalty upto $50,000 for continued failure after notification by IRS. Also, 40% penalty would be levied on an understatement of tax attributable to non-disclosed assets.

No penalty will be imposed if failure to disclose is found to be reasonable and will be decided on case by case basis.

Foreign Institution Compliance
United States Federal law requires all Non U.S. Foreign Financial Institutions (FFI) and Non Financial Foreign Entities (NFFE) to comply with this law by disclosing the identities of U.S. Persons and value of their assets held in their banks to the IRS. FFIs and NFFEs that enters into an agreement with the IRS to report on their account holders may be required to withhold 30% of the payments to the foreign payee if such payee does not comply with FATCA as a tax penalty.

Negative Air around FATCA
1. It unfairly tags Expats in particular as tax evaders because they hold accounts and assets abroad.
2. It places undue pressure on banks and financial institutions to report on the financial assets of their client. Also, they are required to withhold 30% of the interest, dividend and investment payments due to those clients and send the money to the IRS.
3. It seems that the cost to implement FATCA would far outweigh the revenue expected.

FATCA and India
FATCA strives to achieve transparency in global financial system. The Indian Government agreed to implement the FATCA in 2015 by way of inter government agreement between India and USA. It thereby promotes monitoring of the income earned by NRIs living in USA from their non-US investment and assets.

As per the inter government agreement, it has been made mandatory for the tax officials to obtain self declaration from NRI investors about the FATCA compliance through the Form 61B as per Rules 114F and 114H of the Income tax Rules 1962.

Non compliance with FATCA norms in India can lead to freezing of Bank Accounts, suspension of mutual fund investments and blocking of PPF and NPS accounts.