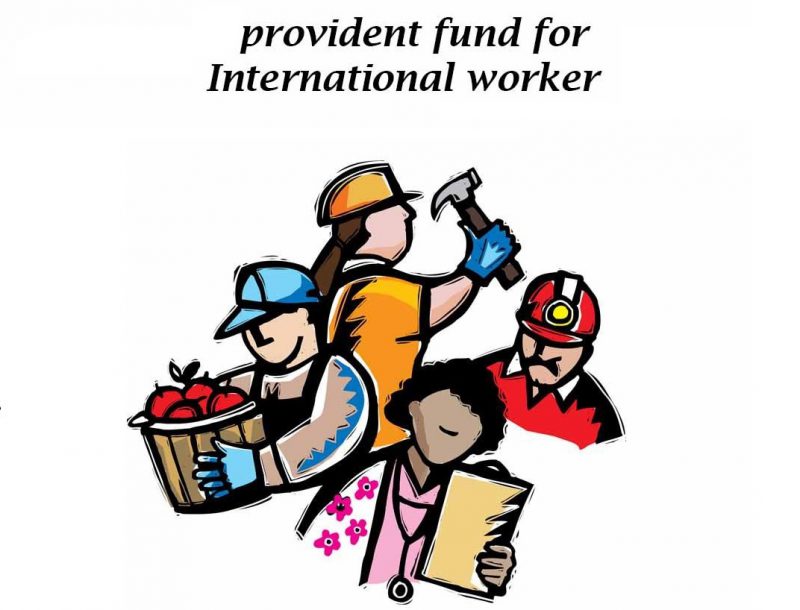 Foreign workers taking up overseas assignments pay more attention to the tax regime of the country when determining costs, and often tend to overlook the social security laws of the country, which are equally important.

India requires every business entity employing more than 20 workers to register with the national social security system and makes it mandatory for employees and employers to contribute towards retirement and insurance scheme.

Accordingly, every foreign worker employed with an establishment to whom the EPF applies must become a member of the provident fund (PF) from the first date of his/her employment. There is no minimum period of stay in India for activation of PF compliance.

The PF contribution rate for foreign workers registered with EPF (or IWs) is 12 percent. The PF rate is calculated on full salary of the IW irrespective of whether the salary is remunerated in India or outside India, split payroll, or multiple country sources. The employer contributes an equal amount, with the sum of PF being 13.61 percent of the total wages of the employees.

There is no cap on the salary on which contributions are payable by the employer as well as the employee.

Exemptions
IWs are exempt from contribution towards PF only if their home country has a social security agreement (SSA) or economic-bi-lateral treaty with India.

Social Security Agreements
An SSA is a bi-lateral instrument that protects the interests of the workers in the host country. The Government of India through its initiative for the benefit of both the employers and employees has entered into Agreement with several countries to ensure that the employees of home country do not remit contribution in that country, get the benefit of totalisation period for deciding the eligibility for pension, may get the pension in the country where they choose to live, and the employers are saved from making double social security contributions for the same set of employees. The Employees Provident Fund Organisation has been authorized to issue the Certificate of Coverage to the employees posted to the countries having signed Agreement with the Government of India. 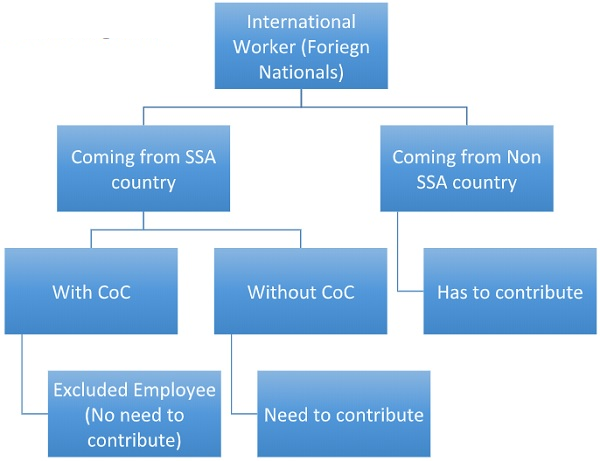 At present, India has SSAs with 19 countries, out of which 18 are in effect. Below is the complete list of the countries with which India has SSA,

An international worker may withdraw the accumulated balance in the EPF account in one of the following situations:

2. in case of retirement due to permanent and total mental or physical incapacity to work.

3. in case of serious illness such as cancer, leprosy, or tuberculosis; or,

4. on completion of Indian employment, if the IW’s home country has an SSA with India.

The facility to receive PF refund on the date of completion of Indian employment is not available for IWs who are not covered under SSA.

This makes it challenging for expatriates belonging to a non-SSA country and working in India, as their provident funds are locked-in until they attain 58 years of age.  Besides, IWs can withdraw the funds only to an Indian bank account, post retirement – making the entire withdrawal process practically more difficult.

The pension withdrawal is only available to employees who are covered under an SSA that has come to effect, and to employees who have not completed the eligible service of 10 years even after including the totalization of service under the respective SSAs.