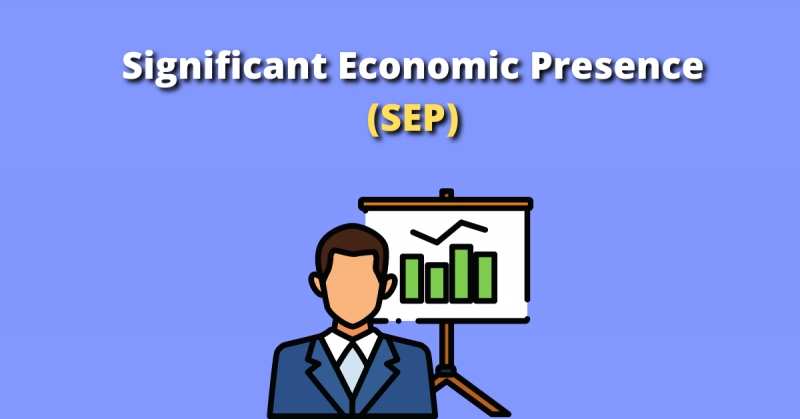 Technology plays a vital role in today’s world making our daily lives simpler. From medical diagnoses to business operations, from communication to education, everything seems impossible without technology. This pandemic has evidenced the same. Life would have come to stand still without it. But nothing stopped. Technology has infiltrated every aspect of our lives, changing the way we work, the way we learn and the way we shop.

There has been an ongoing paradigm shift in business from physical to digital. With technological advancement, it is possible for digitally enabled businesses to operate in various markets globally. Increasing dependency on such technology has helped companies to boom with escalated revenues. Such companies operate in multiple countries with limited managerial jurisdiction and without having physical presence in any of them. Many countries provide a huge customer base and help them earn big sum but for no gain. This has been a pinching point for such nations for years. As a result physical nexus based tax rules are no longer appropriate to bring incomes from the market (where such companies don’t have place of business) under the tax net.

India being a developing country is a large market for such technology giants providing a huge subscriber base. It is quite justified if the country claims it’s fair share of the mushrooming revenues of these technology companies. This led to implementation of the concept of ‘Significant Economic Presence’ in the Indian Income Tax Law. The Finance Act, 2018 has widened the scope of Business Connection to include Significant Economic Presence, thus bringing in the Indian operations of such foreign corporations within the ambit of the Indian Tax System.

Significant Economic Presence means transactions of goods and services with any person in India, including provision of download of data or software in India, if either of the following conditions is met:

1. the aggregate of payments arising from such transactions exceeds a specified limit, or

2. the engagement with Indian consumers exceeds a specified number

This inclusion has expanded the scope of income of a non resident that accrues or arises in India and taxable in India. This concept basically targeted income from operations in online/ digital space such as e-commerce and online streaming.

In 2018, when the scope of business connection was widened, the thresholds were not defined. It waited for OECD nations to develop a consensus where most of such tech-giants are based. But it didn’t come from their side. Finally in May 2021, India came forward with threshold limits to operationalize the SEP for non resident companies

Government prescribed limits for SEP as below

Recently, income tax law was amended to provide that SEP would include the income from:

b.Sale of data collected from Indian residents or from persons who use an Indian IP address, and

c.Sale of goods or services using data collected from Indian residents or from persons who use an Indian IP address

However, the above list is not an exhaustive list. Any revenue generated from activities covered under the definition of Significant Economic Presence would also be taxed

Ambiguities still to be addressed for SEP

1. In order to avoid double taxation of income across globe, every country enters into DTAA (Double Taxation Avoidance Agreement) with various nations. DTAAs don’t provide for taxation of business income of non residents in the absence of Permanent Establishment (PE) of the non resident in the source country. Hence, unless the DTAA provisions are reframed to incorporate changes as per SEP, the impact of the same would be limited. Currently, it would be applicable only tothose non residents residing in countries with which India does not have tax treaty ;and to those non residents who are not eligible to claim benefits of DTAA. Many DTAA partners would be unwilling to broaden their tax rules as it wouldleave them exposed to higher taxes in India.

2. There are some uncertainties attached to SEP scheme which needs to be   clarified before the same could be implemented.