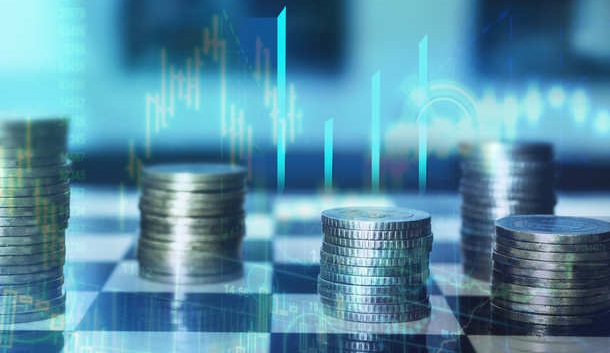 Start-ups and experts welcomed the Centre’s move to encourage only genuine start-ups by introducing an amendment to the Finance Bill, passed by Lok Sabha on Thursday. This includes a penalty of 200 per cent for not complying with the conditions laid down for availing angel tax exemption.
The biggest relief for start-ups was the clarifications regarding angel tax as it had caused much headache to both investors as well as start-ups. Further extension of tax exemptions given under Section 54(g) on capital gains is also welcome step.

GST on EVs Set to be Slashed From 12% to 5%
The government is set to cut goods and services tax rate on electric vehicles to 5% this week.A specially convened GST Council meeting via video conference will take up the proposal on July 25, a senior government official privy to the development told ET.
The committee of officials looking at fitment of GST rates “has by and large agreed that rate on EV should be cut to 5% from 12%”.
Some states had some concerns on the move, but the committee has backed it, the official said.
The Narendra Modi-led NDA government has identified electric vehicles as part of its big plan to promote clean tech and cut dependence on fossil fuels. The Union budget has announced a number of measures to promote EVs, including tax incentives for manufacturers and buyers.

Stressed assets funds may return to India after relaxed ECB norms
The Reserve Bank of India’s move to allow companies to raise loans under external commercial borrowing (ECB) route — to repay banks their dues categorised as non performing assets (NPAs) — will likely pique interest of foreign stressed asset funds once again. So far, such investors have remained non-committal in picking up Indian assets after seeing legal obstacles in the resolution process under the Insolvency and Bankruptcy Code (IBC), say experts.
The RBI on Tuesday said NPAs, or loans heading towards the NPA stage, could also be sold off by banks to recover their domestic rupee loans. Such transactions will have to be carried out with entities permitted to give loans under ECB, the RBI said. These are typically regulated entities, banks, and registered foreign investors.
Transactions cannot be carried out with overseas branches of banks present in India. Most of the stressed assets funds are private and not regulated. However, they can tie up with banks not present in India to enter indirect deals.

Parliament approves FY20 Budget
Parliament gave its approval to Modi 2.0 government´s maiden Budget with Finance Minister Nirmala Sitharaman saying tax proposals aim at redistribution of funds to bring more equitable development.
This completed the three stage Parliamentary approval process, which also included a debate on the budget and working of some of the ministries.
Sitharaman justified raising tax on petrol and diesel by Rs2 per litre each saying inflation was at rock bottom and the move would not add any significant burden on prices.
FM rules out rollback of duty on newsprint Rejecting demands for rollback of import duty on the newsprint, Sitharaman said 10 per cent customs duty was a move to provide a level playing field for domestic manufacturers.

Higher Surcharge: Tax Incidence on Expats to Go Up for Cos
Companies that have employed high-paying expatriates may have to set aside an amount equal to as much as 74% of such executives’ take-home salaries to pay tax, so as to insulate them from a budget proposal to increase the surcharge on super-rich taxpayers.
This is because of the pay structures that many of the expat executives work out with their employers, to ensure that they won’t be affected by changes in tax rates.
While moving to India, most expatriates bargain on the net, or after-tax, salary, say industry trackers. When there is a change in tax rates, their employers adjust their gross salaries and pay the tax on their behalf.
With finance minister Nirmala Sitharaman proposing to increase the surcharge on income tax, the effective tax rate on those earnings Rs2-5 crore is set to go up to 39%. For those with income of over Rs5 crore, the outgo on tax will be as much as 42.74%.

FM Hints 25% Corporate Tax may be Extended to All Cos
Finance minister Nirmala Sitharaman signalled that the government may extend the lower corporate tax rate of 25% to all companies, giving India Inc something to cheer about. Her July 5 budget had lowered the rate for most companies but excluded the biggest.
“We brought it down in order that now 99.3% of all industries are covered by the 25% rate,” Sitharaman said in her reply to the discussion on the appropriation and finance bills in the Rajya Sabha. “Therefore, hardly any are left behind… We shall cover them sooner.” She said this was a commitment that had been given in the debut budget of the first Narendra Modi government in 2014 and it had to be honoured.