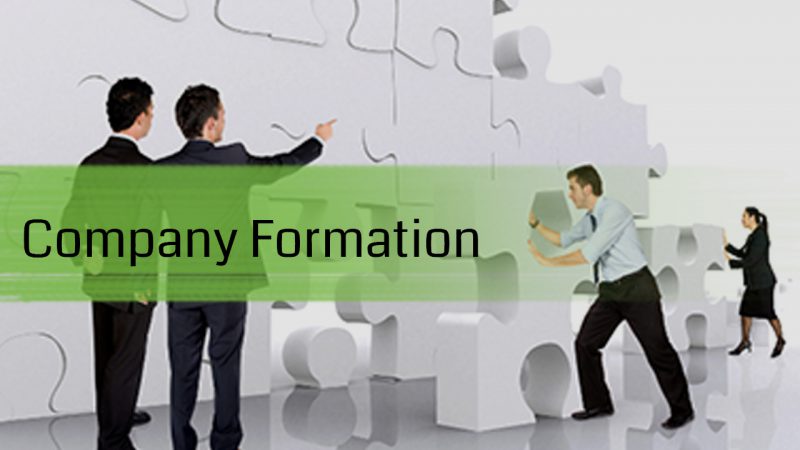 Effective from 23rd Feb, 2020, a new integrated Web Based form ‘SPICE+’ pursuant to the Companies (incorporation) Amendment Rules, 2020 has been introduced by Ministry of Corporate Affairs (MCA) which will facilitate: –

2. This Web Based form is filed online with the Registrar of Companies along with the necessary documents, ID and Address proofs of Directors and Subscribers and SPICe-MOA, SPICe-AOA, AGILE Pro, and Form INC 9. It generally takes 3-5 working days for approval of Web Form SPICe+. 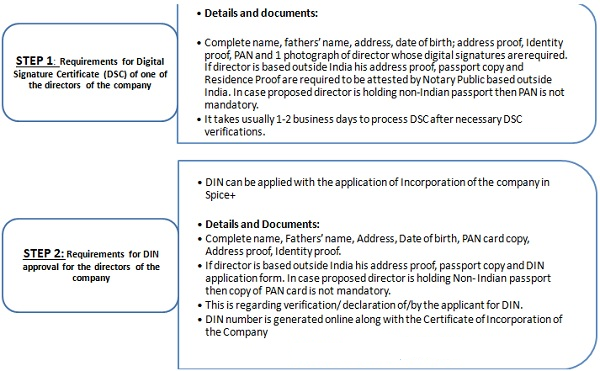 Application in Web Based SPICE+ for name approval in Part A 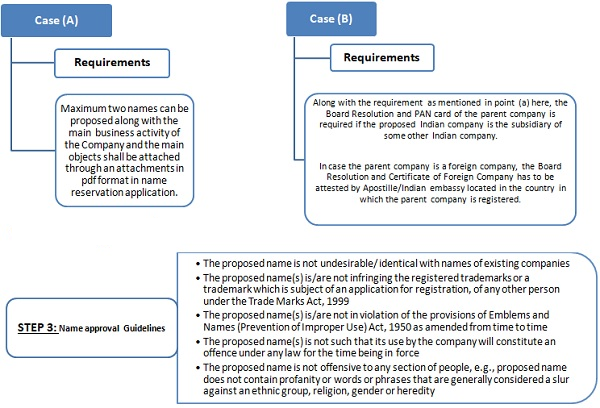 In determining whether a proposed name is identical with another, the following shall be disregarded:

(ii) The words appearing at the end of the names – company, and company, co., co, corporation, corp, corpn, corp.;

(iii) The plural version of any of the words appearing in the name;

(iv) The type and case of letters, spacing between letters and punctuation marks;

(vii) Using different phonetic spellings or spelling variations, as this does not distinguish one name from another. For example, J.K. Industries limited is existing then J and K Industries or Jay Kay Industries or J n K Industries or J & K Industries will not be allowed. Similarly, if a name contains numeric character like 3, resemblance shall be checked with ‘Three’ also;

(viii) The addition of an internet related designation, such as .COM, .NET, .EDU, .GOV, .ORG, .IN, as this does not make a name distinguishable from another, even where (.) is written as ‘dot’;

(ix) The addition of words like New, Modern, Nav, Shri, Sri, Shree, Sree, Om, Jai, Sai,The, etc., as this does not make a name distinguishable from an existing name such as New Bata Shoe Company, Nav Bharat Electronic etc. Similarly, if it is different from the name of the existing company only to the extent of adding the name of the place, the same shall not be allowed.

Such names may be allowed only if no objection from the existing company by way of Board resolution is produced/ submitted;

(x) Different combination of the same words, as this does not make a name distinguishable from an existing name, e.g., if there is a company in existence by the name of “Builders and Contractors Limited”, the name “Contractors and Builders Limited” should not be allowed;

In addition to above, the user shall also adhere to following guidelines: —

(i) It is not necessary that the proposed name should be indicative of the main object.;

(ii) If the Company’s main business is finance, housing finance, chit fund, leasing, investments, securities or combination thereof, such name shall not be allowed unless the name is indicative of such related financial activities, viz., Chit Fund/ Investment/ Loan, etc.;

(iii) If it includes the words indicative of a separate type of business constitution or legal person or any connotation thereof, the same shall not be allowed. For eg: cooperative, sehkari, trust, LLP, partnership, society, proprietor, HUF, firm, Inc., PLC, GmbH, SA, PTE, Sdn, AG etc.;

(iv) Abbreviated name such as `BERD limited’ or `23K limited’ cannot be given to a new company. However, the companies well known in their respective field by abbreviated names are allowed to change their names to abbreviation of their existing name (for Delhi Cloth Mills limited to DCM Limited, Hindustan Machine Tools limited to HMT limited)

(v) If the proposed names include words such as `Insurance’, `Bank’, `Stock Exchange’, `Venture Capital’, `Asset Management’, `Nidhi’ , `Mutual fund’ , the name may be allowed with a declaration by the applicant that the requirements mandated by the respective Act/ regulator, such as IRDA, RBI, SEBI, MCA etc. have been complied with by the applicant;

(vii) If the proposed name contains any word or expression which is likely to give the impression that the company is in any way connected with, or having the patronage of, the Central Government, any State Government, or any local authority, corporation or body constituted by the Central or any State Government under any law for the time in force, unless the previous approval of Central Government has been obtained for the use of any such word or expression;

(viii) If a foreign company is incorporating its subsidiary company, then the original name of the holding company as it is may be allowed with the addition of word India or name of any Indian state or city, if otherwise available;

(ix) Change of name shall not be allowed to a company which is defaulting in filing its due Annual Returns or Balance Sheets or which has defaulted in repayment of matured deposits and debentures and/or interest thereon; 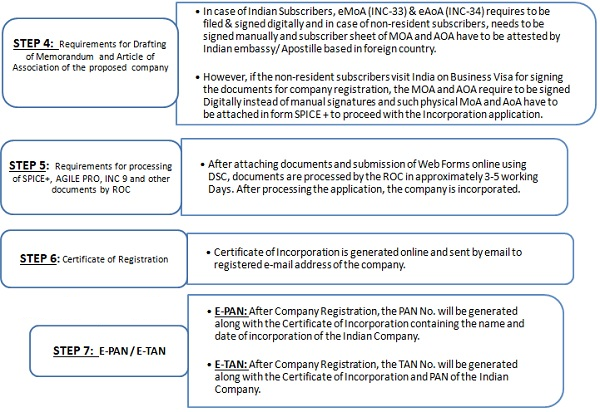