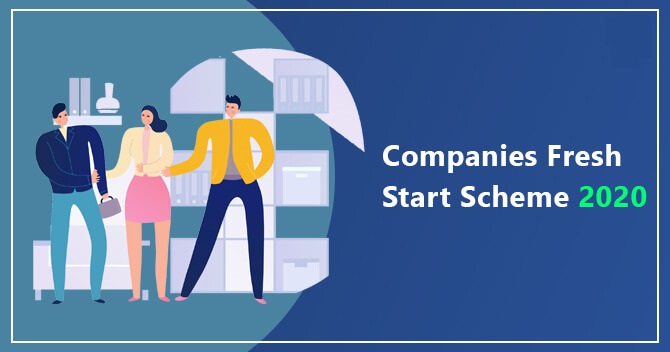 The Ministry of Corporate Affairs (MCA) vide its General Circular No. 12/2020, comes up with the Companies Fresh Start Scheme, 2020 for one-time application of condonation of delay of filling the various documents, forms, returns etc. with the MCA.

Let us have a quick review: 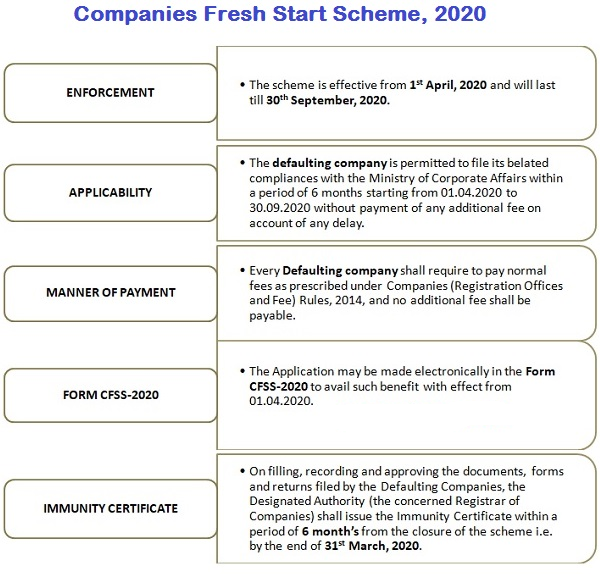 FEW CASES ON WHICH THIS SCHEME SHALL NOT APPLY

1. To companies against which action for final notice for striking off the name u/s 248 of Companies Act has already initiated by the designated authority (the RoC).

2. Where an application had already been filled by the company for action of striking off the name of the company from the ROC.

3. Companies which have amalgamated under a scheme of arrangement or compromise under the act.

4. Where an application has already been filled for obtaining the status of Dormant Status.

1. Form MSC-1 to obtain the status of Dormant Company.

2. Form STK-2 for striking off the name of company.

Note: Immunity shall only be provided to the extent, it pertains to any delay associated with the filling of belated documents with the MCA 21, and not for the Non Compliance.

Vanishing Companies are those companies which had raised funds from public through initial public offers (IPOs) and subsequently failed to comply with the listing/ filing requirements of Registrar of Companies (ROC) and the Stock Exchanges for a period of two years and were not found at their registered office address at the time of inspection done by authorities / Stock Exchange.

Thus, a company would be deemed to be a vanishing company, if it is found to have: