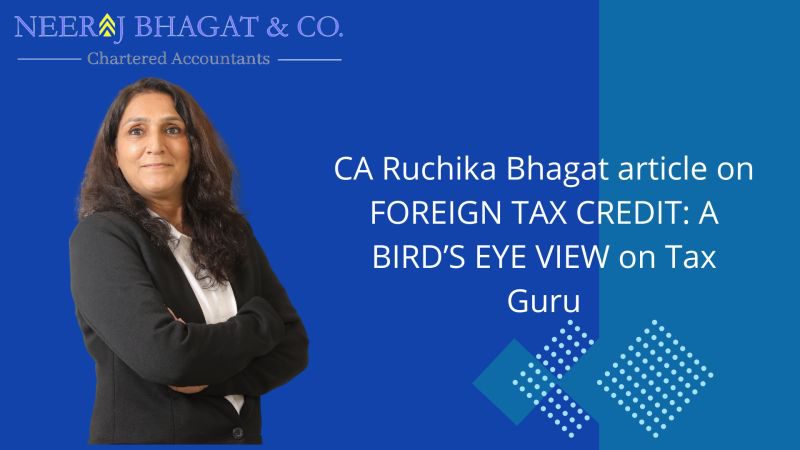 Can you imagine a situation, when even before receiving your hard earned money in your bank account, government demands tax on such income twice the amount for which you are actually liable? Yes, such a situation can happen when you are having your income from outside India, where you might be required to pay tax twice on the same income to the Indian Government, as well as the government of the country from whom you have earned money.

Any Nation State, taxes the Income of the persons on the basis of 2 criteria’s:

Let’s take an example: An Indian resident having a house property in UK is desirous of selling it. Now, tax implication on such will be as follows:

This leads to the situation of double taxation of same income, and therefore shrinking the net disposable income of the persons paying taxes.

To Mitigate such a situation, government enters into various agreements with other/ partner countries to provide relief to its residents, and such an agreement with other nation states is known as Double Taxation Avoidance Agreement (DTAA) covered under section 90 & 91 of the Income Tax Act, 1961.

The government with the aim to provide transparent and justifiable taxation system to its residents, ensures to avoid the double taxation of same income, via:

How can you claim the Foreign Tax Credit (FTC)?

Conclusion
The FTC (Foreign Tax Credit) guidelines have provided relief to worldwide Indian enterprises that derive a large portion of their revenue from foreign sources. The regulations have addressed a number of concerns that needed clarification or might cause undue hardship to the assessee. However, there are some long-standing issues in the foreign tax credit field that have yet to be addressed. Litigation on a variety of other issues is also a possibility.