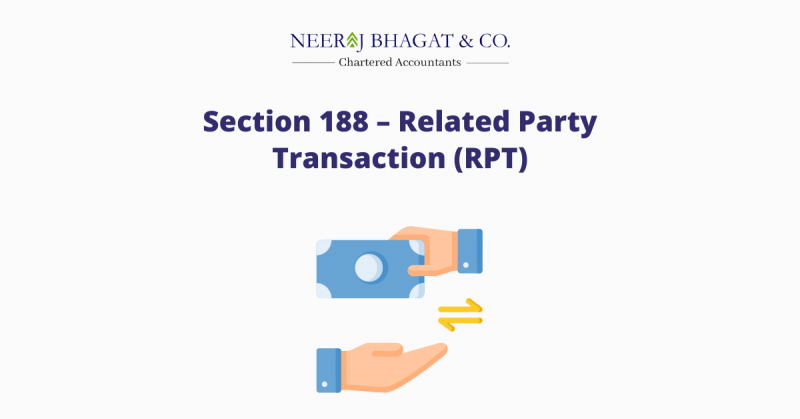 RELATED PARTY UNDER SECTION 2(76) OF THE COMPANIES ACT, 2013
Related party is defined as per section 2(76) of Company Act 2013 and also as per Section 2 (1) (zb) of LODR. Let’s start with discussing definition of RP u/s 2(76). With the help of few examples let us identify the related parties

Example :-Mr. A, Mr. B and Mr. C are directors and their relatives are considered as related parties.

KMP is a person who has the authority & responsibility for planning,  directing & controlling the activity of entity either directly or indirectly including any director, executive director Additional director. Only difference in definition of KMP  b/w Company Law and AS is that under AS examples are given for KMP i.e., MD, manager or WTD are KMP but when we talk about company law, there they have given the extended definition of KMP u/s 2(76). So, MD, WTD, Managers, CFO, CS or any such person who is one line below the BOD or who is reporting directly to BOD  that person comes under definition of KMP.

Example :-Say, Mr. D is a Company secretary (KMP) so his relatives will be considered related parties

Point 3.
A firm where the director, manager, or relative is a partner.

Example :-Mr. A is a director in ABC ltd simultaneously he is also partner at PAR & Associates i.e. partnership  firm. This firm will also be treated as a related party to ABC ltd.

Point 4
If any director, member  of Reporting Co is also director or manager in Pvt Co than this Private Co automatically becomes RP of reporting co i.e., they have comman directors or members.

Point 5
A public company in which a director or manager is a director and hold along with his relatives of more than 2% of its paid-up capital.

Example :-If in K Ltd acts  Mr. A, director along with his father, mother, wife and children hold 10% of paid-up share capital than Mr. A will be a related party.

Point 7
Any person on whose advice or instructions, a director or manager are accustomed to act then such person is considered as related party

For example, if directors are following the instructions of lawyer than lawyer cannot be treated as related party.

Point 8
Any Body Corporate which is

Generally, we have presumption that whenever RPT exist, transaction occur between parties are not at ARM’s LENGTH basis, that is  there is scope of undue advantage and same is always assumed unless it is establish otherwise.

Point 1
Sale, Purchase as supply of goods/materials :-  sale/purchase OR supply of goods as materials is done or directly through agent exceed 10% of turnover  of company or 100 crore which even is less.

Point 2
Selling or otherwise disposing of buying property of any kind :- Here again if we sell or dispose or  buy any property  directly or through appointing any agent and the value of such transition exceed 10% of net worth of company as rupees 100 crore whichever is less.

Point 4
Availing or rendering any service :- Where related person is rendering service himself or through agent and consideration being 10% of turnover or 50 crore which ever less.

Here when we talk about Turnover limit or net worth, it means 10% of turnover of company or rupees 50 crore which ever less.

Here I also want to discuss where we talk about turnover and net worth, then they can see from audited financial of proceeding financial year

Point 5
Appointing of any agent or purchase or sale of goods, materials services or property This I have already discussed in above point as which each point, I have added agent also.

Point 6
Such related party’s appointment to any office or place of people in the company subsidiary company or associate company.

Here when we talk about  hiring, then the remuneration shall exceed 2.5 lacs to act cover under this section.

This remuneration includes any salary fees, commission, rent fee, accommodation etc. here I want to state that director is excluded from this position.

EXCEPTION TO ABOVE RULES
Under section 188,  provisions of RPT will not apply :

So, to clarify it further any agreement entered into between  government companies or departments, it will not be considered as RPT.

All these transactions are covered under separate provision of Company Act hence do not attract the requirement of Section 188.

ARM’s LENGTH TRANSACTION
All transaction  with  associated enterprise should be at arm length i.e., transaction between two related parties undertaken as if they were unrelated so that there is no conflict of interest.

Section 188 is not applicable on transactions if they are made in normal course of business and are at Arm Length Price, therefore no resolution is required when transaction between related party is at arm length, similarly these transactions need not to be entered u/s 189.

Burden to establish that the transaction was on arm’s length would be on the company. The company should create and maintain appropriate and adequate documentation with regard to price and terms of supply.

Since the methodologies and approaches for determining the ‘arm’s length transactions’ have not been prescribed therefore, in such absence, the methodologies / approaches existing under ‘Indian Transfer Pricing Guidelines’ contained in the Income Tax Act 1961 may be adopted.

The ICAI has included the few examples that are considered outside the entity’s standard or ordinary course of business:

1. Complex equity transactions i.e.  corporate restructurings or acquisitions.
2. Transactions with foreign entities in areas with weak corporate laws.
3. If no consideration is exchanged, the leasing of premises or rendering of management services by an entity to another party.
4. Sales transactions at abnormally large discounts or huge sales returns.
5. Transactions with circular arrangements. For example, sales with a promise to re-purchase to reduce your profits or losses, anything like that.

Contract transactions whose terms can be changed before expiry.

APPROVAL OF BOARD OF DIRECTOR
Prior Consent of the Board of Directors is to be obtained by a resolution at a meeting of the Board unless the related party transaction falls under the exempted category.

1. Every contract or agreement entered into u/s 188(I) shall be referred to  boards and should be  reported to the board members  along with justification for entering into such contract or arrangement should be shared.
2. The Board resolution cannot be passed by way of a circular resolution ie resolution can only be passed after being physically present in the meeting.
3. Any Director who is interested in the transaction shall not be present at the Board Meeting during discussion. So, director who is related party has to physically vacate the board room while board is discussing RPT.
4. The agenda for the board meeting shall disclose details pertaining to the related party and the proposed transaction as prescribed in the Rules
5. Where any contract is entered into by director or by any other employee without obtaining the     consent of board or approved by  resolution in the general meeting than it should be ratified by board or by shareholder with in three months from date of contract  otherwise contract will be voidable  at the option of board.

If any transaction is not authorized by audit committee within three months than such transaction will be Void & director concern will be liable for loss.

OTHER POINT TO BE CONSIDERED

Omnibus Approval
Omnibus Approval means a consolidated/standing approval given by the Committee in respect of transaction(s) which are repetitive in nature.

1. Audit committee shall after obtain approval of the board can specify the criteria for making the omnibus approval which shall include

2. While specifying the criteria

3. Omnibus approvals are valid for a period not exceeding’s one financial year.

4. Omnibus approval shall not be given for transactions in respect of selling or disposing of undertakings

ADDITIONAL COMPLIANCES FOR LISTED COMPANY
For  listed company the compliances of RPT are very Strick and they have to take extra care while dealing in such transactions. Every listed company has to formulate policy of Materiality of RTP and should clear the threshold limits which should be approved by BOD. All such policies should be reviewed at least once in a year and should also be disclosed on companies’ website.

When we talk about Material transactions, it means any transaction that exceed 10% of T/O as per last year audited financials and

If company is letting out its Brand Usage or is taking Royalty from RP than the threshold limit is 5%of T/O or more.

All material transactions have to be submitted within 30 days from date of consolidating its financial results for half year to Stock exchange & same has to be published on companies’ website in specified format as prescribed by AS.

CONTRACT & AGREEMENT U/S 189 OF COMPANIES ACT, 2013
Every company is required to keep register of contract or agreements in which director are interested   form MBP- 4 for

This register is placed before board meeting & is signed  by all direction present in meeting.

Exception
NO, register is required to be maintain if

Whereas AS-18, has old guidance and is applicable to non-corporate entity or non-listed entity having Net worth less than 250 crores.

As-18, talk about which type of transaction can be RPT so to begin with:

1. Word Control can exercise either by ownership that holding more than half of voting power or through control over the composition of BOD whether directly or indirectly either as holding-subsidiary relationship or through fellow subsidiary.
2.  HERE participation in financial and /or operating policy decision is important  BUT NOT CONTROL THOSE POLICIES as control in defined in 1st point.
3. we have discussed RP in detail

Why do we need Related party disclosures?

Conclusion
It’s not surprising that every company in its day-to-day business enters into various transactions with individuals/ entities with whom they are related or have shared interests. Although such transactions are themselves legal, they may create disputes of interest or push other illegal situations and impact its financial position. Hence, to preserve the interest of stakeholders and keep transparency in business, such transactions with Related Parties are being regularized by section 188 of Companies Act 2013. The meaning linked with this expression-related-party transaction keeps on clouding our minds