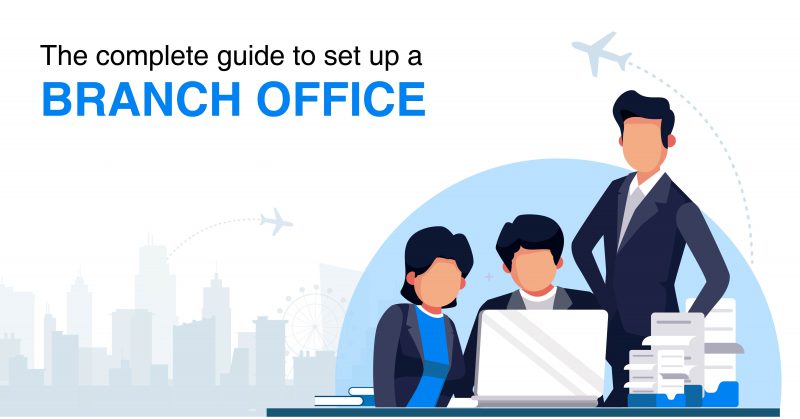 Indian dynamism, entrepreneurship and enthusiasm is seeking new horizons across the globe. Of course, anyone stepping into a foreign land must take care of the laws, rules and regulations of the host country. Each country is different and keeping abreast of the laws of different countries can indeed be a challenge.

A person resident in India being a Firm or Company or Body Corporate registered in India is eligible to establish a branch outside India. A general permission is available for opening of Bank Account for the purpose of meeting the Branch Expenses abroad subject to following limits/conditions: 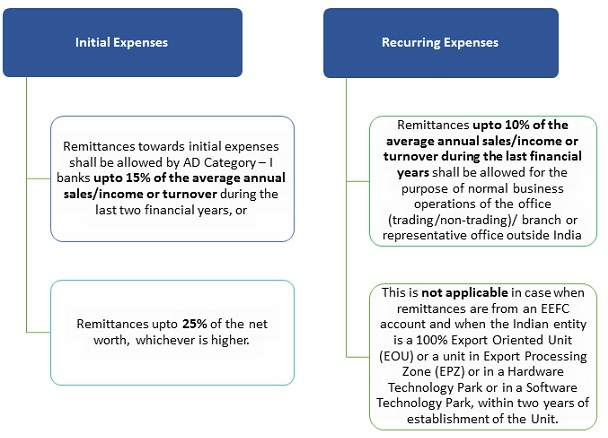 a. The overseas branch/office has been set up or representative is posted overseas for conducting normal business activities of the Indian entity.

b. The overseas branch/office/representative shall not enter into any contract or agreement in contravention of the Act, Rules or Regulations made there under;

c. The overseas office (trading / non-trading) / branch / representative should not create any financial liabilities, contingent or otherwise, for the head office in India and also not invest surplus funds abroad without prior approval of the Reserve Bank. Any funds rendered surplus should be repatriated to India.

e. The details of bank accounts opened in the overseas country should be promptly reported to the AD Bank.

f. The account so opened, held or maintained shall be closed,

i. if the overseas branch/ office is not set up within six months of opening the account, or

ii. within one month of closure of the overseas branch/ office, or

iii. where no representative is posted for six months,

and the balance held in the account shall be repatriated to India;

g. The renewal of remittance facility after two years may be granted, provided proper accounts of utilization of foreign exchange released are furnished to the authorized dealer.

h. The following statements should be submitted by the applicant to the authorized dealer:

Acquisition of Assets outside India
Branch / office / representative may buy office equipment and other assets required for normal business operations. Funds required for this may be remitted by the Indian entity from India as a current account transaction.

However, transfer or acquisition of immovable property outside India, other than by way of lease not exceeding five years, by the overseas branch/ office/ representative will be subject to RBI regulations.

Notably, the above facility cannot be used by e-commerce companies who are, for example, in the business of providing an e-commerce platform to foreign sellers and buyers and wish to establish a collection account in a foreign country without establishing a branch office or representative in that country.

Application to the AD Banker
The Indian firm/companies should submit applications to their bankers (authorized dealers) in form OBR along with the particulars of their turnover duly certified by their auditors and also a declaration to the effect that they have not approached/would not approach any other authorized dealer for the facility being applied for. The application form OBR needs to be filled in with necessary details along with supporting documents.  After which the foreign exchange is released by the authorized dealer (bank).

The recurring (expenditure) remittance facilities are allowed initially for a period of two years only, after obtaining confirmation from the applicant that they have completed all legal and other formalities in India and abroad in connection with the opening of trading/non-trading office or for posting a representative abroad.

Some of the details to be provided in the application:

Off-site and on-site contracts
The overseas office / branch of software exporter company/firm may repatriate to India 100 per cent of the contract value of each ‘off-site’ contract.

An audited yearly statement showing receipts under ‘off-site’ and ‘on-site’ contracts undertaken by the overseas office, expenses and repatriation thereon may be sent to the AD Category – I banks.