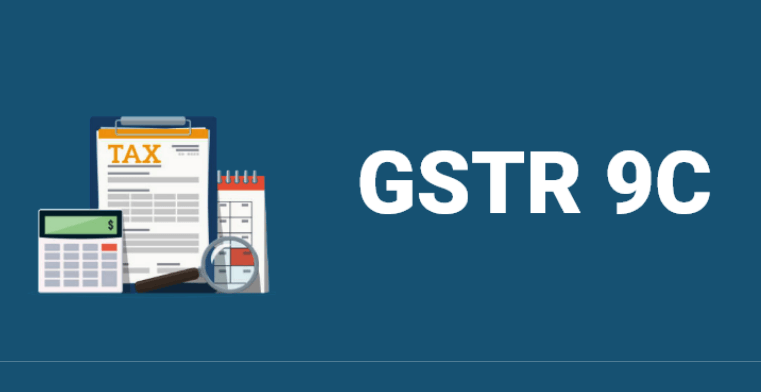 What is GST Audit?
Audit is examination of records, returns and other documents maintained or furnished by the registered person under GST Law or any other law. The examination is to verify the correctness of:

And to assess his compliance with the provisions of this act or the rules made there under.

Who is required to get his accounts audited?
Every registered person whose aggregate turnover during a financial year exceeds two crore rupees shall get his accounts audited as specified under sub-section (5) of Section 35 and he shall furnish a copy of the audited annual accounts and a reconciliation statement, duly certified, in GSTR 9C, electronically through the common portal.

Who is authorised to do the GST Audit?
Every registered person whose turnover in a financial year exceeds two crore rupees has to get his accounts audited by either a Chartered Accountant or a Cost Accountant.

What is the due date of filling Form GSTR-9C?
The registered person is required to submit electronically a copy of the:

However as per the latest notification from GST Council, all registered person are required to file Form GSTR-9C by 31st August, 2019.

1. What are the pre-conditions for filing Form GSTR 9C?

2. What is the role of Chartered Accountant or a Cost Accountant in certifying reconciliation statement?
There are apprehensions that the chartered accountant or cost accountant may go beyond the books of account in their recommendations under FORM GSTR-9C. The GST Act is clearing this regard. With respect to the reconciliation statement, their role is limited to reconciling the values declared in annual return (FORM GSTR-9) with the audited annual accounts of the taxpayer

3. What do you mean by Aggregate Turnover under GST Act?
Aggregate turnover means the aggregate value of all taxable supplies (excluding the value of inward supplies on which tax is payable by a person on reverse charge basis), exempt supplies, exports of goods or services or both and inter-State supplies of persons having the same Permanent Account Number, to be computed on all India basis but excludes central tax, State tax, Union territory tax, integrated tax and cess.

5. Whether Non-GST supplies will be included in the turnover or not?
Non-GST supplies includes supply of alcoholic liquor for human consumption, motor spirit (commonly known as petrol), high speed diesel, aviation turbine fuel petroleum crude and natural gas and transactions specified in Schedule III of the CGST Act.

6. Whether supplies made between the period April 2017 to June 2017 will be include in the turnover to determine the eligibility for filling of reconciliation statement i.e., Form GSTR-9C?
As per the latest Clarification regarding Annual Returns and Reconciliation Statement, dated 03/07/2019 from the Govt., the aggregate turnover for this purpose shall be reckoned for the period July, 2017 to March, 2018.

9. What other points has to be kept in mind while considering the Turnover from the audited financial statements?
While considering the turnover from the audited financial statements, the Auditor is also Required to include indirect income in the form of dividend, interest, for ex fluctuation, profit on sale of assets, etc. if such income are attributable (based on underlying documents and contracts to relate to the said registered person). Any amount of return supplies credited to purchase or expenditure account would not be considered for the purpose of arriving at the turnover under Sl. No. 5A. Such adjustment has been dealt with under appropriate Sl. No. in this Part.

To ensure completeness and correctness of the details of turnover to be declared, the following checks could be used:
a. turnover in State/UT (in case of single registration) must reconcile to the   turnover disclosed in the audited financial statements;

b. turnover in State/UT (in case of multiple registration) must reconcile to the turnover as recorded in the books of accounts of each registration;

c. Master reconciliation to ensure that the details of turnover declared for different registrations (in case of multiple registrations either due to presence in multiple States/UTs’ or due to unit(s) in SEZ) with the total turnover of the entity.

Exclude for Adjustment (GST is not applicable)
A. Advance received for EXEMPTED services as on 31St March 2018

12. How to calculate tax on the Advances Received?
One has calculated tax on advance and paid tax while filing the return for that month. The advance received (if exclusive of tax) would be considered as cum-tax.

(a) Whenever the rate of tax cannot be determined during receipt of advance, GST @ 18% has to be charged.

(b) Whenever the nature of supply cannot be ascertained, the advance is considered as inter-State supply and IGST has to be paid.

14. How common cost incurred for all the GSTIN’s will be allocated?
This could be done based on the turnover of each distinct person, or based on manpower deployed, or any other suitable cost-driver relevant to each such cost to be allocated. Manpower employed by the legal entity must also be allocated to Belong to specific branch (GSTIN-wise allocation of staff cost)

If the registered person has registered himself as an ISD then it will allocate the common input credit by issuing prescribed document for the purposes of distributing the credit of GST on the said services to another branch of the same legal person.

For Example:
Head office of ABC limited is located at Bangalore having branches at Chennai, Mumbai and Kolkata. The head office incurred annual software maintenance expense (service received) on behalf of all its branches and received the invoice for the same. Since software is used by all its branches, the input tax credit of entire services cannot be claimed at Bangalore. The same has to be distributed to all the three locations. Here, the Head office at Bangalore is the Input Service Distributor.

Another concept is of Cross Charge, where transactions between distinct persons are deemed as supplies even when such transactions do not involve supply.

15. Is there any reconciliation required in FORM GSTR-9C in case of sale of capital goods?
In respect of sale of capital goods, only the profit/ loss arising on the sale of such capital goods is disclosed in the Profit and Loss account. Whereas, the GST on supply of capital goods is leviable on the transaction value or input tax credit is reversed as per the formula prescribed in section 18(6) of the CGST Act. In order to reconcile the difference, the profit/ loss arising on sale of such capital goods has to be adjusted along with the transaction value on which GST has been paid under Sl. No. 5O to reconcile with the amount disclosed in FORM GSTR-9. Data for such transactions can be ascertained from the deletions disclosed in the Fixed Asset Schedule / Fixed Assets Register.

17. How would Form GSTR 9C be verified and signed by Chartered Accountant/ Cost Accountant?
Once the Chartered Accountant/Cost Accountant fills up, validates and previews the required details in the GSTR-9C Offline Utility and clicks the Generate JSON File to Upload GSTR-9C details on GST Portal button, popup window appears to save the generated JSON file. When he/she selects the desired location to save the file and clicks “Save”, emSigner window automatically opens in a separate Internet Explorer browser window—if he/she has installed emSigner in the machine—using which he/she can sign the file by affixing his/her digital signature on it.

Note: Make sure, in PT V tab of the Worksheet, you have entered the same PAN with which you had registered your DSC. Otherwise, you won’t be able to e-sign using your DSC while generating JSON file.