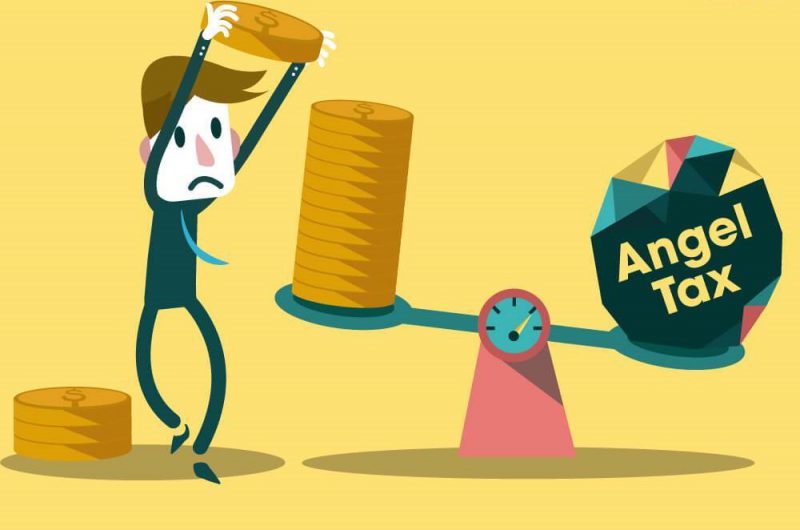 India is eyeing a new framework for recognising investors so that they won’t be subject to the so-called angel tax provisions on their funding of startups. The Department for Promotion of Industry and Internal Trade (DPIIT) is looking to put in place such a regime so that investors will be able to fund startups without any limit.
“We are examining if a mechanism can be created for accrediting investors,” said a government official aware of the matter, details of which are being discussed.
The DPIIT will hold discussions with stakeholders on the proposed framework, which will help startups raise funds from accredited investors without any hitch. The accreditation regime is being envisaged as a simple procedure, said the person cited above.
The idea behind the move is that if a startup receives funding from a genuine, recognised investor then there is no fear of money laundering and hence the investment should not be scrutinised or face the so-called angel tax.

GST exemption limit for SMEs to be effective from April 1
The government notified April 1 as the date for the implementation of doubling of GST exemption limit to Rs 40 lakh, which will benefit small and medium enterprises.
Besides, the effective date for availing higher turnover cap of Rs 1.5 crore for availing composition scheme by traders has also been fixed as April 1.
Also, service providers and suppliers of both goods and services with a turnover of up to Rs 50 lakh would be eligible to opt for the GST composition scheme and pay a tax of 6 per cent from the beginning of next fiscal.
These decisions were taken by the GST Council, chaired by Finance Minister Arun Jaitley and comprising his state counterparts, on January 10. These decisions would come into effect from April 1, a finance ministry statement said.

FM: Ease of Doing Biz via Tax Reforms to Continue, Focus on lower tax rate and wider tax base
The Finance Minister, Shri Jaitley said that the process of reforms in case of direct and indirect taxes will continue in order to facilitate and further expedite the process of ease of doing business in the country. He said that Insolvency and Bankruptcy Code (IBC) has brought a change in the credit culture in the country and is helping the Banking Sector in making fast recoveries. The Finance Minister said that GST is now on the track and is in process of fast settling down. The Finance Minster said that the thrust of the Government is to lower the tax rate and widen the tax base and keep the revenue collections moving-up. He said that the indirect tax collections will further increase in future.
India continues to be the sweet spot as far as the Foreign Direct Investment is concerned and is the fastest growing economy in the world. He concluded that the Government is committed to keep this growth momentum high and inclusive to ensure that the benefits of growth reaches to all sections of the society especially to the vulnerable and weaker sections.

CBDT finalizes bilateral agreement on exchange of CbC reports between India and USA
The absence of an agreement between India and USA till now entailed a possibility of local filing of CbC Reports in India. However, a Bilateral Competent Authority Arrangement, along with an underlying Inter-Governmental Agreement, for exchange of CbC Reports between India and the USA has now been finalized and will be signed on or before 31st March, 2019. This would enable both the countries to exchange CbC Reports filed by the ultimate parent entities of International Groups in the respective jurisdictions, pertaining to the financial years commencing on or after 1 st January, 2016. As a result, Indian constituent entities of international groups headquartered in USA, who have already filed CbC Reports in the USA, would not be required to do local filing of the CbC Reports of their international groups in India.

FPI Quarterly Inflows Set for Highest Level Since 2017
Inflows from foreign portfolio investors (FPIs) in the January-March period are on track to be the highest in a quarter in two years, spurred mainly by the Bharatiya Janata Party-led coalition’s improved chances of returning to power. Adding to this is a rise in flows into emerging markets thanks to a dovish US Federal Reserve.
Though a large part of the inflows have come through exchange traded funds (ETFs) — considered relatively fickle — and block transactions on the bourses, active money has also started coming into local markets, said experts. Money managers believe that foreign flows will continue to be strong in the coming two months in the runup to the general election, which may drive the benchmarks to record highs.
FPIs have pumped in Rs. 30,500 crore since January, including provisional data for Wednesday, which is the highest in a quarter since the January-March period of 2017, when it amounted to Rs. 44,200 crore.

I-T Exemption Limit on Gratuity Doubled to Rs. 20L
The labour ministry has decided that the income tax exemption limit on gratuity has been increased to Rs. 20 lakh from the existing Rs. 10 lakh, a move that will benefit employees who are not covered by the Payment of Gratuity Act, 1972. “The ministry of finance has enhanced the income tax exemption for gratuity under Section 10 (10) (iii) of the Income Tax Act, 1961 to Rs. 20 lakh,” a labour ministry statement said.
Labour minister Santosh Kumar Gangwar said this would benefit those employees of public sector undertakings (PSUs) and other employees not covered by the Payment of Gratuity Act, 1972, and has thanked finance minister Arun Jaitley for enhancing the exemption limit.