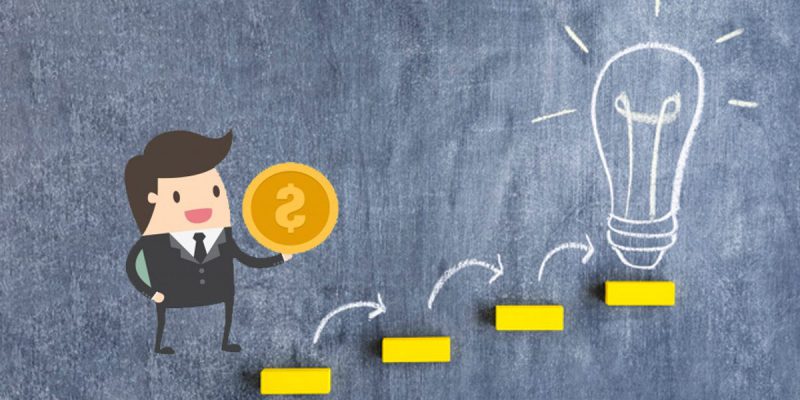 The government is considering exempting investors from tax on capital gains accrued when they exit a startup, in a bid to attract more funds into the sector.
The Department for Promotion of Industry and Internal Trade (DPIIT) is weighing two alternatives to deliver this incentive — one, a blanket exemption, and two, a conditional exemption based on funds redeployed. The latter would be on lines of the benefits offered to nascent firms in the UK.
After giving investors and entrepreneurs relief from the so-called angel tax, the government now wants to encourage startups and is examining regulatory issues, including taxation, which need to be eased. These benefits provide relief to those who liquidate personal assets to fund their startups while the next set of incentives under consideration seeks to encourage all investments in startups.

E-invoicing May Begin Under GST
In what could radically transform the indirect tax administration system and the way business is conducted, India is looking at the possibility of introducing electronic invoicing under goods and services tax.
If the country adopts the system, businesses will likely have to issue invoices, or bills, directly via the GST Network, and the data will be available to the authorities right away.
The GST Council has set up a committee to look into the feasibility of e-invoicing. It will also study the systems in place in other countries, such as South Korea and some from Latin America.
The move comes as the new single tax regime, which took effect on July 1, 2017, has seen a rise in incidents of evasion. The GST Council has taken a number of measures, such as introduction of electronic way bills (e-way), to clamp down on tax evasion.

E-form DIR-3 KYC is required to be filed up to June 30 instead of April 30: MCA
The Ministry of Corporate Affairs (MCA) has notified the Companies (Appointment and Qualification of Directors) Rules, 2014 wherein rule 12 A for director’s KYC has been amended. The Director’s KYC e-form DIR-3 KYC is now required to be filed every year up to June 30 instead of April 30

Performance Review of Export Promotion Councils to Start Soon
The government will soon begin a performance-based evaluation of over two dozen export promotion councils in the country as a follow-up to the Prime Minister’s Office’s direction that it should ascertain ways to boost exports, according to a senior official.
The export promotion councils (EPCs) found falling short of the export targets could face closure or undergo restructuring.
The official cited earlier told ET that the Prime Minister’s Office (PMO) had some time ago suggested a check to see if any of the EPCs need support in order to boost exports. “The Niti Aayog then decided to rank these councils and a few meetings have been held. This is work in progress,” the official said.

Govt panel submits report on taxing foreign companies
A Central Board of Direct Taxes (CBDT)-appointed committee has submitted a report on taxing the profits of non-residents, including multinational corporations, with a permanent establishment (PE). A PE is a fixed place of business that generally gives rise to tax liability in a particular jurisdiction.
The income tax department proposed change in the methodology for taxing multinational companies, including digital firms, having permanent establishment in India by giving weightage to factors like domestic sales, employee strength, assets and user base. The CBDT Committee on ‘Profit Attribution to Permanent Establishment (PE) in India’ also said MNCs that are incurring global losses or a global profit margin of less than 2% and have operations in India will be deemed to have made a profit of 2% of Indian revenue or turnover and will be taxed accordingly. The CBDT committee report has proposed that sales, employees (manpower and wages) and assets in India of a multinational corporations (MNCs) should be taken into account for determining domestic tax liability

I-T Dept, GSTN to Ink MoU for Sharing Info
The Income Tax Department will now share information — such as reported turnover and gross income declared — with the Goods and Services Tax Network (GSTN) to check tax evasion.
The I-T Department and GSTN will enter an agreement on the modalities of information sharing. The Central Board of Direct Taxes (CBDT) has said the agreement will include provisions for confidentiality, a mechanism for safe preservation of data and timelines for furnishing information.
CBDT has left the onus of data-sharing on the principal director general of income tax (systems) or director general of income tax (systems). “Spontaneous exchange of data (is in the works), the modalities of which shall be decided by the concerned specified authorities,” an order issued by the CBDT said.
Details captured in returns, status of filing income tax returns (ITR) and turnover ratio will form part of the information package to be shared with GSTN. The data can be matched with the business returns of the assessee.

Changes Introduced in E-way Bill System to Prevent GST Evasion
The finance ministry has introduced changes in the e-way bill system, including auto calculation of distance based on PIN codes for generation of e-way bill and blocking generation of multiple bills on one invoice, as it seeks to crack down on GST evaders.
With instances of malpractices in e-way bill generation getting detected, the revenue department decided to rework the system for generation of e-way bill by transporters and business. The new enhanced system would come with auto-calculation of distance between the source and destination, based on the PIN codes. The user would be allowed to enter the actual distance as per the movement of goods, which will be limited to 10% more than the auto calculated distance displayed, according to the e-way bill portal.