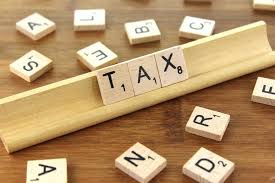 The Rs 3-lakh limit proposed for cash payments in the Budget for 2017-18 would be brought down to Rs 2 lakh as part of an unprecedented 40 amendments to the Finance Bill. Finance Minister Arun Jaitley moved the amendments in the lower House on Tuesday. This is aimed at tightening the noose on those dealing in cash.Most other amendments — making Aadhaar mandatory for filing tax returns, applying for permanent account numbers (PAN) and allowing payments by only non-cash modes such as cheques, bank drafts or electronic transfers for electoral trusts — are also aimed at curbing black money.A few are aimed at rationalising tribunals by merging these to reduce the number to 12 from 40 in direct foreign investment in india.
The amendment related to reducing the cap on cash transactions comes amidst reports that digital transactions had declined after a spurt after demonetisation. “In the amendment to the Finance Bill, the government has proposed the limit of Rs 3 lakh for cash transactions be reduced to Rs 2 lakh,” Revenue Secretary Hasmukh Adhia tweeted. He added the penalty for violation would be a fine equivalent to the amount of the transaction. The penalty would be paid by individuals or establishments receiving the payment. The Rs 2-lakh limit applies to single transactions, those in aggregate from a person in a day, and to those relating to one event or occasion from a person. The provision does not apply to the government, banks and post offices in new GST registration.

For more information visit at: http://bit.ly/2t64P2e