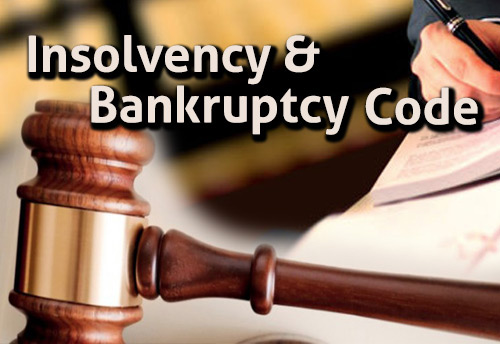 The Insolvency and Bankruptcy Code review panel called for sweeping changes in the law aimed at easing insolvency rules for small enterprises and providing relief to home buyers by treating them as financial creditors while deeming the amount raised from them for real estate projects as financial debt.
The committee proposed that promoters of micro, small and medium enterprises (MSMEs) who are not wilful defaulters should be allowed to bid during the insolvency process. If adopted, that would vastly improve the prospects of such companies being acquired and revived, thus saving jobs, instead of going into liquidation. In the past few weeks, ET has reported on several of the committee’s suggestions as included in the final report.
Intra-State Rollout of E-way Bills Soon
The government may soon announce the rollout schedule for electronic way bills in intra-state sales under the goods and services tax regime, buoyed by the smooth implementation of the system for inter-state movement on April 1. The government is also confident of meeting the revised fiscal deficit target for FY18 following improved direct and indirect tax collections. February GST collections rose to over Rs. 89,264 crore, up from Rs. 88,047 crore in January. It ruled out any cut in excise duty to ease the recent spike in fuel prices.
“E-way rollout has been successful — there is no glitch so far,” finance secretary Hasmukh Adhia. A total of 28.9 million eway bills were generated on Monday against 25.9 million on Sunday, the first day of the nationwide rollout of the framework that’s expected to help check tax evasion. The e-way bill system had collapsed when it was first introduced in trials in February, forcing the government to defer its implementation.

Standard deduction of Rs. 40,000 can be claimed against pension income
Finance Act, 2018 has amended Section 16 of the Income–tax Act, 1961(“the Act”) to provide that a taxpayer having income chargeable under the head “Salaries” shall be allowed a deduction of Rs 40,000/- or the amount of salary, whichever is less, for computing his taxable income. Representations have been received seeking clarification as to whether a taxpayer, who receives pension from his former employer, shall also be eligible to claim this deduction. The pension received by a taxpayer from his former employer is taxable under the head “Salaries”. Accordingly, any taxpayer who is in receipt of pension from his former employer shall be entitled to claim a deduction of Rs 40,000/- or the amount of pension, whichever is less, under Section 16 of the Act.
Biz with nil tax liability may get to file GST returns biannually
Businesses having zero tax liability for six consecutive months under the goods and services tax (GST) may soon get relief once the proposal to allow such entities to file returns only twice a year gets the GST Council´s nod.
According to recent data, as much as 40 per cent of return filers under the GST regime have nil tax liability and will not have to file monthly returns once the new simplified return filing procedure is finalised.

Govt. allows 100 % FDI in Air Transport service
The Govt. has notified Foreign Exchange Management (Transfer or Issue of Issue of Security by a person Resident outside India) (Amendment) Regulation, 2018 wherein 100 % FDI has been allowed under:
(i) Scheduled Air Transport Service/ Domestic Scheduled Passenger Airline
(ii) Regional Air Transport Service
Further, Wherever the person resident outside India who has made foreign investment specifies a particular auditor/ audit firm having international network for the audit of the Indian investee company, then audit of such investee company shall be carried out as joint audit wherein one of the auditors is not part of the same network.
In addition to the above conditions, foreign investment in M/s Air India Limited shall be subject to the following conditions:

1. Foreign investment in M/s Air India Ltd., including that of foreign airline(s), shall not exceed 49% either directly or indirectly.
2. Substantial ownership and effective control of M/s Air India Ltd. shall continue to be vested in Indian Nationals.

Govt. notifies the Payment of Gratuity (Amendment) Act, 2018
Govt. has notified the Payment of Gratuity (Amendment) Act, 2018 with effect from 29.03.2018. The key amendments include increase in the tax-free ceiling of the gratuity amount from Rs.10 lakhs to Rs. 20 lakhs. Also, the provisions have been relaxed relating to calculation of continuous period of service for purpose of gratuity in case of female employee who are on maternity.
Rightsizing of CCI with Easing of M&A Rules
The Cabinet has cleared a proposal for “rightsizing” of Competition Commission of India (CCI) as the burden of work on the watchdog has reduced following easing of mergers and acquisition rules. The CCI will have one chairperson and three members against six members at present. The downsizing will be achieved by not filling the vacancies. Post of two members are already vacant and an additional vacancy is expected in September 2018.
The Cabinet has also approved a proposal to close down Burn Standard company, a wagon manufacturer under the Ministry of Railways.
The government has created a corpus of Rs. 417 crore so that the wagon-maker can pay the dues to creditors, suppliers and employees.
India signs double taxation avoidance treaty with HK
India and Hong Kong(HK) signed a double taxation avoidance agreement that seeks to improve transparency in tax matters and help curb tax evasion and avoidance. The agreement was signed by the Indian Ambassador or to China, Gautam Bambawale, and Hong Kong Finance Secretary Paul Chan Mopo in Hong Kong, a press release said. “Hong Kong is an important financial and trading partner of India and absence of tax treaty was a hindrance,” said Abhishek Goenka, partner at PwC.
He said that while there are no major sops, the rate of 10percent with holding on interest stands out. Similarly, there are exemptions for airline and shipping firms. There is also so mere life on capital gains tax where values of firms are not derived more than 50 percent from real estate.