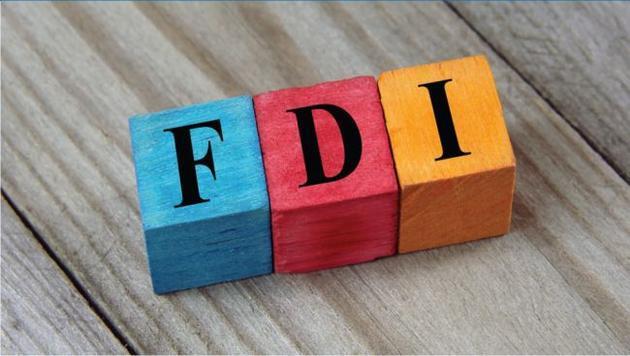 The Indian rupee, which climbed 6% last year amid record fund flows from overseas, is set to appreciate further against the dollar this year, with traders expecting foreign direct investments (FDIs) to accelerate after New Delhi eased ownership rules in industries as diverse and capital-intensive as retail, civil aviation, and realty.
“The relaxed rules will give an additional push to the rupee, which is likely to gain this year,” said Anaindya Banerjee, currency analyst at Kotak Securities. “Although the rupee is underperforming other emerging markets at the beginning of this year, it is expected to gather strength after the Budget. Rising FDI inflows will also cushion the local unit in case global risk-aversion triggers capital outflows from financial assets in emerging markets.”
The rupee gained 0.31% this year against the dollar, following the 6% gain in 2017. It surged to a three-year record on January 5 this year as a global dollar weakness prompted a surge in overseas funds into emerging-market equities and bonds.

One GST Form Likely for Service Providers
Service providers such as telcos, banks, insurers and airlines may need to file just one centralised form in respect of the goods and services tax (GST), which will substantially ease the compliance burden on service providers with a multi-state footprint.
The GST Council is expected to consider on January 18 significant relaxation in the law and procedures, including a centralised registration facility to make compliance easier. It will also consider changes to input tax credit regime to allow credit for tax paid on rent a cab services, benefiting IT and ITES companies such as Infosys, Wipro and Genpact.
“Council has a heavy duty agenda lined up…. A number of issues dealing with compliances are likely to be taken up,” said a government official privy to the deliberations.

Tax free Rs. 2 million gratuity for staff a reality soon
The Payment of Gratuity (Amendment) Bill, 2017 is likely to be passed in the forthcoming Budget session, which would make formal sector workers eligible for tax free Rs. 2 million gratuity.
At present, formal sector workers with five or more years of service are eligible for Rs. 1million tax free gratuity after leaving the job or at the time of superannuation.
“The Payment of Gratuity (Amendment) Bill, 2017 will be passed in the Budget session of Parliament, expected to begin by the end of this month,” a source said. The Bill seeks to allow the government to notify the period of maternity leave and gratuity that can be availed by employees under a central law.

Govt May Go E-way to Cut Litigation
The government is working on an online mechanism to offer a speedy resolution to disputes over administrative decisions and avoid unnecessary litigation.
What is unique in this plan is that the law ministry will intervene and give legal opinion online to resolve such disputes. All this will happen on a government portal.
Under this, anyone aggrieved of a government decision could raise the issue online. Once the complaint is filed, the law ministry will seek the response from the concerned department or ministry. It will then give a legal opinion on the correctness of the decision in dispute. If the ministry finds fault with an order, it will recommend rectification of it.
“All this will happen at the pre-litigation stage,” said an official with knowledge of the plan. The basic idea is to minimise the number of disputes over administrative decisions going to court, where it could take years to find a resolution.

Govt to Deregister 1.2 Lakh More Companies for Non-compliance
The government is set to deregister 1.2 lakh more companies for various noncompliance issues as part of its drive against black money. Nearly 2.26 lakh companies have already been deregistered and around 3.09 lakh directors associated with these entities have been disqualified. The decision follows a review of the actions taken with respect to deregistered firms by minister of state for corporate affairs PP Chaudhary. The registrar of companies (RoC) had by December last year struck off 2.26 lakh companies from the register of companies under Section 248 of the Companies Act, 2013.
The companies had not been filing financial statements or annual returns for a continuous period of two or more financial years. The government has announced a Condonation of Delay Scheme to give an opportunity to the deregistered companies to regularise their filings. The scheme is open till March 31.