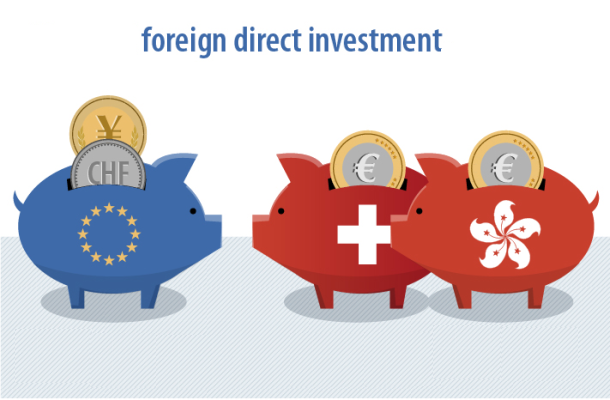 Concerned over rising foreign direct investment (FDI) inflows into strategic sectors like telecom as well as information technology (IT) and IT-enabled Services (ITeS) through the automatic route, the government is considering eliminating the security gaps through a stringent scrutiny mechanism.
The Department for Promotion of Industry and Internal Trade (DPIIT) has proposed an online filing of advance foreign investment returns on the Foreign Investment Facilitation Portal (FIFP), which will be accessible to the Reserve Bank of India (RBI), the Ministry of Home Affairs and other security agencies.
The government is worried that a transfer of data from India, through IT investment, may threaten national security. Besides, it has been observed that very little information comes to the government from FDI flowing through the automatic route.

Textile Cos Seek Tax Incentives, DBT for Farmers
Indian textile and clothing industry players say one-third of their production capacity is lying idle due to sluggish exports, poor domestic demand, and growing imports from Bangladesh and Sri Lanka, and have sought immediate relief from the government.
Spinning mills across the country recently cut down their production by 15% to 50% as a damage control exercise due to excess stock lying unutilised in their godowns, according to trade association body Confederation of Indian Textile Industry (CITI).
To overcome the situation, the industry — which claims to provide direct and indirect employment to more than 100 million people — has urged the government to extend its tax incentive scheme to the entire industry and transfer subsidies directly to cotton farmers’ accounts through direct benefit transfer (DBT) instead of offering a minimum support price (MSP) for their produce.

You Need to Disclose Delisted Shares in ITR
As per SEBI (Delisting of Equity Shares) Regulations, 2009 delisting of securities means removal of securities of a listed company from a stock exchange. Accordingly, delisted securities will be treated as unlisted securities and you will be required to disclose the details of such shares in your income tax return form. CBDT on August 8, 2019, through Circular No. 18 of 2019 in answer to question no. 5 clarified that PAN of the company which was previously listed in a recognised stock exchange, but delisted subsequently will be required to be disclosed. In case PAN of the delisted company cannot be obtained, you may enter a default value in place of PAN, as in ‘NNNNN0000N’ (the characters after the sixth N is zero).

Govt gets ready for reforms to fight slowdown
Even as Finance Minister Nirmala Sitharaman is holding daily meetings with industry in the backdrop of sluggish economic growth, the Centre is planning reforms in crucial sectors over the next few months, Business Standard has learnt.
These plans includeapublic transportation initiative on the lines of the erstwhile National Urban Renewal Mission (JNNURM) for the automobile sector,atax overhaul through the direct tax code (which is in the works), and others.
The finance minister will also be meeting market participants including senior officials of foreign portfolio investors and mutual funds on Friday to ascertain views on current issues relating to financial markets.
Sitharaman also addressed immediate fears, assuring representatives of India Inc that the penal provisions, includingajail term, under the recent amendments to the Companies Act, would not be imposed for companies that did not meet corporate social responsibility (CSR) norms.

FPI Conversion may Take Longer
Foreign portfolio investors (FPIs) looking for concessions to convert themselves into companies from a trust structure in order to avoid paying a higher surcharge may have to wait a while, possibly until the next budget, said people with knowledge of the matter. The government will have to amend a host of provisions in the income tax law to make such conversions tax-neutral, which will require extensive consultations, they said.
A specific exemption will need to be provided under Section 47, under which such conversion isn’t tax neutral. Separate immunity will need to be provided from the General Anti Avoidance Rules besides ring fencing from the Section 9(1) provision applicable on indirect transfers. Being direct tax-related, these changes will need to be approved by Parliament.

Freedom from Tax Burden for Angel Funds
Startups that were issued with an assessment order before February 19 this year under the so-called angel tax will now be able to avail of exemption from the levy.
The Central Board of Direct Taxes has exempted even those startups where additions were made to incomes and assessment orders were passed before that date.
The Department for Promotion of Industry and Internal Trade (DPIIT) had issued a notification on February 19 that barred startups from availing of the tax exemption if they had a prior assessment order.
With this clarification, the government has provided comprehensive relief to startups from angel tax. Startups that have been served angel tax notices can cite this notification and seek relief from proceedings.