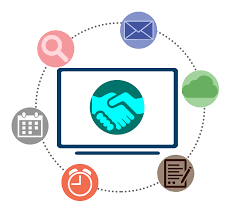 Government is going to rollout online filing for processing of claims under Budgetary Support Scheme. The new scheme will be effective from 15th October 2018 and new procedure for online registration has been prescribed.
The scheme was essentially conceptualized and approved to operate in an automated environment. This would bring about better supervision, monitoring of pendency and utilization of allocated funds and generation of reports. DG, Systems, CBIC is looking after the work relating to automation of the scheme. The development of IT system has been taken up in 3 phases namely:

Upload of inspection report & integration with PFMS System for electronic disbursement of sanctioned budgetary support to the bank account of the assessees.

Dealers opting for composition scheme not required to furnish details of inward supplies in GSTR-4
It has been brought to notice that doubts regarding the manner of filing the quarterly return by Composition Dealers in FORM GSTR-4 in the absence of auto-population of the details of inward supplies (other than supplies attracting reverse charge) received from registered suppliers exist amongst taxpayers. In this regard, it is to clarify that the taxpayers who have opted to pay tax under the composition levy shall not furnish the data in serial number 4A of Table 4 of FORM GSTR-4. The required changes in the CGST Rules, 2017 would be notified shortly.
Rate cut must be passed on for each packet size, says GST authority
Companies or dealers may have to cut prices of each stock keeping unit (SKU) of their products to pass on the benefits of any lower goods and services tax (GST) rate.
This comes from an order of the national anti-profiteering authority (NAA) in a case related to a Maggi noodles (Nestle’s) dealer. A retailer of Maggi had alleged that despite reduction in the GST rate from 18 per cent to 12 per cent in November 2017, the base price of a 35g pack, also known as the Rs 5 (MRP) pack, was increased to bring it at par with the pre-rate change price, including taxes.
The (wholesale) dealer argued the benefit which had accrued in respect of the Rs 5 MRP pack had been passed on by reducing the price of the other pack of Maggi, the Rs 12 MRP one. Further, that price of the latter pack was reduced by Re 1, more than the total benefit arising on both types of packs, of 92p.
Such a reduction, added the dealer, was made in light of the shortage of small-value currency notes and non-availability of coins less than a Re 1 value.

Easier Tax Refund Regime for Exporters in the Works
The government is examining the tax refund mechanism for exporters under goods and services tax (GST) and may announce some measures over the next few days to streamline the process and speed up repayments.
Exporters say delay in refund under GST impacts business and raises working capital cost.
The Central Board of Indirect Taxes and Customs (CBIC) has taken several steps to ease the process of refund for exporters, but some issues persist. It has had a detailed discussion with industry representatives on the issues faced by them in getting refunds seamless. The government is now looking at all the procedures, as also execution issues at the central and state government levels, which are impacting exporters.
GoM Set Up to Review Help for States Hit by Natural Calamity
The Goods and Services Tax Council has formed a seven-member group of ministers with Bihar deputy chief minister Sushil Kumar as convenor to examine how states hit by a natural calamity can be assisted under the tax regime with steps such as a separate cess. “We will have a seven-member group of ministers, which in the next few weeks will make a recommendation,” Union finance minister Arun Jaitley, chairman of the council, told reporters after its 30th meeting held via video conferencing.
The panel has Kerala finance minister Thomas Isaac, Assam finance minister Himanta Biswa Sarma, Punjab finance minister Manpreet Singh Badal, Maharashtra finance minister Sudhir Mungantiwar, Odisha finance minister Sashi Bhusan Behera and Uttarakhand finance minister Prakash Pant as members and has to submit its report by October 31. The finance minister approved the constitution of a GoM to examine the issue regarding ‘Modalities for Revenue Mobilisation in case of Natural Calamities and Disasters,’ the finance ministry said in a statement.
Fee for Religious, Meditation and Yoga Programmes Exempt From GST
No goods and services tax will be levied on the fee charged for religious, meditation and yoga programmes, tax authorities have clarified. In a note marked to all top tax officials, the tax research department said the services provided by entities registered under Section 12AA of the Income Tax Act, 1961 by way of advancement of religion, spirituality or yoga were exempt from paying tax. The clarification comes after several representations from religious and spiritual organisations, citing confusion over the applicability of GST on fees which often include boarding and lodging charges.