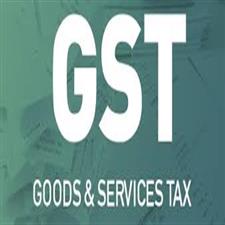 In what would have come as a relief to ecommerce marketplaces such as Amazon and Flipkart, the proposed tax collected at source (TCS) on them under the goods and services tax (GST) is to be capped at 1%, the GST Council has decided gst experts in India.
The draft law had proposed a levy of 1% without any limit. Mentioning the cap in the law will ensure the levy remains below that level.
“The council has decided to provide for up to 1% TCS,“ a senior government official told ET.
Industry had demanded that TCS be scrapped as it could lead to a steep rise in transaction costs and also discourage ecommerce, but states had wanted the levy.
The TCS provision will allow authorities to track transactions carried out through ecommerce platforms and ensure compliance. Some states such as Karnataka, home to a number of ecommerce players, had proposed this levy for the first time and then subsequently pushed for it within the GST framework. The supplier of goods can set off TCS against its final GST liability. Theoretically, the levy could be even lower than 1%. GST consultants.

For more information visit at: https://goo.gl/EzjNdT