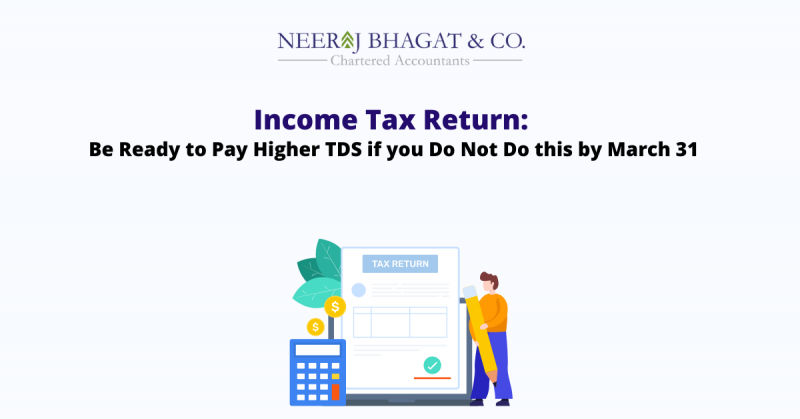 If you have not linked your Permanent Account Number or PAN with Aadhaar card, be ready to pay higher Tax Deducted at Source (TDS) from next month. The last date for linking your Aadhaar number and PAN has been extended to March 31. Failing to link these two documents within the mentioned deadline, will have an impact on your debit and credit card payments, online transactions, cash withdrawal from ATMs among others.

According to the Section 139AA of the Income Tax Act, every individual with PAN as on July 1, 2017 and is eligible to obtain Aadhaar, must link these two documents. Over the last three years, the Central Board of Direct Taxes (CBDT) has extended the last date of linking Aadhaar card number with PAN several times. If the PAN is not linked with Aadhaar before the due date, then the PAN will become inoperative, under Section 114AA (3) of Income Tax Act. For those who are applying for new PAN cards, it is mandatory to quote Aadhaar numbers, as per Section 139AA of Income Tax Act.

Be Ready to Pay Higher TDS if you Miss the Deadline
If PAN becomes inoperative, the income tax department will consider that the individual has not submitted PAN and therefore liable to face the consequences for the same. As per Section 206AA(6) of the Income Tax Act, taxpayers who get a taxable income, must submit their PAN card details. If the PAN provided by the taxpayer is invalid, it shall be deemed that deductee has not furnished his PAN to the deductor, according to Section 206AA(6) of the Income Tax Act.

So if you miss the deadline of March 31 and your PAN card become inoperative due to not linking it with the Aadhaar card, then you have to pay TDS at the highest rate of 20 per cent, as per  Section 206AA of the Act. The higher rate of TDS will be applicable on interest on fixed deposit, dividend and other income which are currently subject to TDS.

Explaining the new rule for the investors, Abhishek Soni, co-Founder, Tax2win said, “If we fail to link the Aadhaar with PAN then a higher rate of TDS i.e. 20 per cent will be levied on income which is eligible for tax deduction. For instance, TDS rate on FD interest is 10 per cent if the interest amount exceeds Rs. 40,000 but according to section 206AA, if the Aadhaar is not linked with the PAN then the TDS will be deducted at 20 per cent.”

PAN-Adhaar Linking: Rs 10,000 Fine Every Time you Fail to Furnish PAN
According to Section 272B of Income Tax Act, a penalty of Rs 10,000 can be levied in case PAN is not quoted or furnished as required by the Income Tax Law. Under the provisions, a penalty could be imposed for every such non-compliance. A penalty of Rs 10,000 can also be levied upon defaulter each time the individual fails to furnish PAN card details. This fee will be in addition to the other consequences, such as PAN becoming inoperative due to non-intimation of Aadhaar, higher TDS rates, and so on,