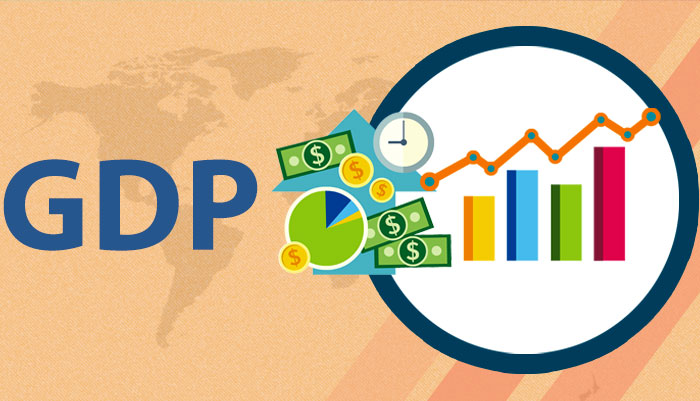 The Central Statistics Office data shows that India grew at a rate of 7.2% in the December quarter (Q3) as compared to 6.3% in the second quarter (July-September) due to picking up growth in manufacturing and Service sectors. The number is a respite for an economy recovering from after effects of note ban and GST rollout. The manufacturing sector grew 8.1 percent in the third quarter of 2017-18, from 6.9 percent in the previous quarter. Government revenue expenditure also accelerated to 24 % from 12 % in the year-ago period. Non-agricultural growth has shown signs of improvement thanks to better investments and the service sector, including public administration and credit growth indicators.

FDI Rises 0.27% to Dollar 35.94 bn in April-December
Overseas investments into India saw a sluggish growth of 0.27% to $35.94 billion during April-December 2017. According to data released by the Department of Industrial Policy and Promotion (DIPP), foreign direct investments dropped by 4% in rupee terms to Rs. 2.31lakh crore. For April-December 2016-17, FDI stood at $35.84 billion. Singapore, Mauritius, the Netherlands and Japan led the investments. For the current financial year, FDI inflows between April and December dropped 41% in services sector compared to the year-ago period. Investments picked up in other sectors, including telecommunication, automobile, pharmaceutical and construction.
According to UNCTAD’s Investment Trends Monitor, global (FDI) inflows slipped 16% in 2017 to $1.52 trillion mainly due to slump in the US and the UK. India was at the 10th spot among the top host economies for FDI inflows in 2017. US, China and Hong Kong were the top three in the list.

EPFO reduced interest rate on EPF to 8.55%
Retirement fund body EPFO may lower interest rate on provident fund deposits this fiscal compared to 8.65 per cent provided to its 4.5 crore members for 2016-17, a labour ministry official said.
The Employees’ Provident Fund Organisation (EPFO) is likely to cut interest rate on the grounds that it is directly crediting exchange trade funds (ETF) units into provident fund accounts and lower yields on other investments, particularly bonds.
“Employees Provident Fund Organisation may cut rate of return on provident fund deposits for 2017-18 due to lower income on bonds and its plan to credit ETF investments directly into the account of subscribers,” the senior official said. However, the official said the EPFO is still to work out the income projection for the current fiscal, which would become the basis for crediting rate of interest in subscribers account for this fiscal.

Tax-free Bonds Turn Attractive Again
Tax-free bonds offering a return of 6.5% are finding favour among rich investors. Stable tax-free returns and lower volatility compared to debt mutual funds are driving investors back to these bonds, traded only in the secondary markets.
“In an era where there is concern whether companies will be able to maintain credit quality, tax- free bonds offer a good alternative for HNI/Ultra HNIs,” says Deepak Jasani, head of retail research at HDFC Securities.
Currently, tax-free bonds of top rated public sector companies offer a yield of 6.4-6.5%. In comparison, fixed deposits from State Bank of India fetch investors 6.25% and interest income is taxable in the hands of the investor. For an investor in the highest tax slab of 30%, the post-tax return on this deposit is 4.31% a year.

E-way bill may be relaxed for e-commerce players
E-commerce players such as Amazon and Flipkart may get exemption from having to generate an electronic-way bill (e-way bill) under the goods and services tax (GST) if there are multiple deliveries on the same trip. The e-way bill is set to be introduced on April 1 for interstate movements of goods worth at least Rs 50,000, and in a phased manner for intrastate movements subsequently. This is one of the proposals to be tabled before the GST Council on March 10. The Council will also take up other measures to simplify the e-way.
“A slew of changes in the e-way bill are being deliberated in line with the industry demand. The idea is to remove difficulties faced by companies. These will be put before the Council in the next meeting,” said an official. E-way bills will help the central and state tax authorities to track interstate and intrastate movements of goods that are part of consignments. The government is likely to give e-commerce players relaxation if orders are small. However, it is not clear if separate e-way bills for multiple orders are required if the same vehicle carries the consignments.

Offline Mechanism Too for Delayed GST Refunds to Exporters
The government has created an alternative offline mechanism to address the issue of delayed goods and services tax (GST) refunds to exporters, which gives them an opportunity to approach a customs officer to correct errors that may have caused the delay.
“Recognising that invoice mismatch has been the major reason why the refunds have been held, it has been decided to provide an alternative mechanism to give exporters an opportunity to rectify such errors committed in the initial stages,” the Central Board of Excise & Customs (CBEC) said in a circular. The CBEC said because of the efforts, the errors are steadily decreasing, allowing it to sanction more than Rs. 4,000 crore of refunds.
Exporters have claimed that the delayed refunds running into thousands of crores are slowing down exports. India’s exports grew 9.1% in January, well below the 26% growth in imports.