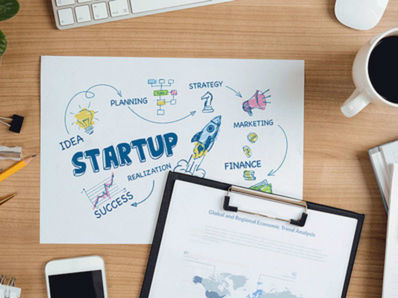 India could shield startups floated prior to 2016 from the socalled angel tax to boost entrepreneurship in the country. The finance ministry has started discussions with the Department of Industrial Policy and Promotion (DIPP) on the certification of genuine startups to help with this.
The government has also asked tax officials not to pursue cases against startups.
“We had (earlier) said we will recognise startups only after 2016. We have sent a proposal to the DIPP. If DIPP agrees, then we will not make any adjustment for startups set up before 2016,” finance secretary Hasmukh Adhia told ET.
“Somebody has to examine it if it is a genuine case of valuation… If they are recognised by the DIPP, we will accept,” Adhia said. Introduced by then finance minister Pranab Mukherjee in 2012, the angel tax is applicable on the capital raised by unlisted companies from any individual against an issue of shares in excess of the fair market value.

GSTN to ensure stakeholder familiarity with technology
GST Network Chairman Ajay Bhushan Pandey has said the company will try to ensure that stakeholders become fully familiar with the technology system before the re-rollout of the e-way bill system. Under the Goods and Services and Tax, which was rolled out from July 1 last year, transporters of goods worth more than Rs 50,000 are required to carry electronic or e-way bill.
The e-way bill system was launched by GSTN on February 1 after conducting pilot for over a fortnight, but faced technical glitches following which its implementation had to be postponed. In an interview to PTI, Pandey said GSTN is conducting extended pilot for the e-way bill mechanism and has suggested to states that they should ask their transporters to undertake trial run for e-way bill generation on the portal. “As soon as there is a readiness of the system and stakeholders, we will roll it out. We are trying to do it as early as possible in such a way that from the system point of view we should also be able to handle the load and stakeholders should also be fully acquainted,” Pandey said. The GST provision requiring transporters to carry an e-way bill when moving goods between states is intended to check tax evasion.

EPFO may retain 8.65% interest rate for FY18
EPFO is expected to keep interest rate unchanged at 8.65 per cent on provident funds for its about 50 million members for 2017-18 at its trustees’ meet on February 21, 2018, sources said.
The Employees Provident Fund Organisation (EPFO) has already sold exchange traded funds (ETF) worth Rs 28.86 billion earlier this month to bridge the gap to maintain 8.65 per cent for this fiscal, they said. The EPFO had announced 8.65 per cent rate of interest on deposits for 2016-17, a tad lower than 8.8 per cent in 2015- 16.
It has earned a return of around 16 per cent at Rs 10.54 billion which would be sufficient to provide 8.65 per cent rate of interest this fiscal, said sources.
The income projections for the current fiscal have not been circulated along the agenda to the trustees and it would be tabled during the meeting, they said, adding the decision to sell the ETFs was taken after factoring in the income projections for the current fiscal by the EPFO. 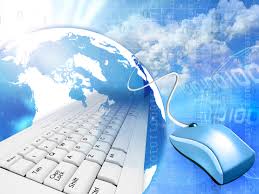 India could take the lead globally in outlining a feasible structure for taxing digital entities that have a large user base or business in a country but don’t have a significant physical presence there.
Union Budget 2018 has, for the first time, mentioned India’s intent to tax digital businesses by amending Section 9 of the Income Tax Act. According to experts, the discussion is part of the OECD and G20 Base Erosion and Profit Shifting (BEPS) and India is the first country to have taken concrete steps in this direction.
The digital tax will impact not just large companies such as Google, Facebook or Netflix but also scores of much smaller technology or Internet-driven companies that have operations in India.
Amit Maheshwari, partner, Ashok Maheshwary & Associates LLP, said digital companies have a unique model of operation where they don’t need to have physical presence in India to earn revenue.
“Till now, there was no system to tax them. The equalisation levy was imposed only for online advertising which is a very small chunk of their operations. The government is now saying that they have the right to tax such companies under section 9, which have some economic nexus in India.”

Shield Unlikely for Nominees of PE Firms on Boards if Cos Break Law
After the Satyam scandal in 2009, non-executive directors in Indian companies sensed that they could no longer get away playing a perfunctory role. Since then, in every fraud or default, lapses of outside directors were scrutinised along with the failings of the promoters and executive directors. But non-executive board members could eventually escape prosecution and penalty by simply arguing that they were not part of the day-to-day running of the company and were simply unaware of the nitty gritty.
While the law still gives non-executive directors that layer of protection, there are indications that nominees of private equity (PE) houses on the boards of companies funded by these institutional investors may find it more difficult to absolve themselves when a company breaks the law or is pulled up by the tax office. This is because many PEs, by virtue of the special rights they enjoy, have significant say in the running of the investee companies.
According to the law, directors of closely-held companies — being promoters, independent directors or representative of private equity funds — are jointly and individually liable to discharge the tax liability of the company; in recovering the tax, the I-T department can initiate proceedings under Section 179 of Income Tax Act, 1961.

Govt removes exemptions from income tax filing
In a move to crack down on shell companies, the government has proposed to remove exemption available to firms with tax liability of up to Rs. 3,000 from filing income tax (IT) returns from the next fiscal year.
The Union Budget 201819 has rationalised the IT Act provision relating to prosecution for failure to furnish the returns.
Thus, a managing director or a director incharge of the company during a particular financial year could be liable for prosecution in case of any lapse in IT return filings for any financial year beginning April 1. “The income tax departments would now track investments by these companies.
Also, the focus will be on those firms that show less profit and also those who file IT returns for the first time,” a finance ministry official said.