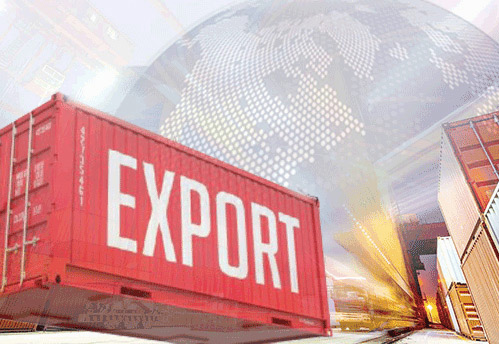 In order to help the exporter, it has been decided by the Government of India to increase w.e.f. November 02, 2018 Interest Equalisation rate from 3% to 5% in respect of exports by the Micro, Small & Medium Enterprises (MSME) sector manufacturers under the Interest Equalisation Scheme on Pre and Post Shipment Rupee Export Credit.  The Scheme is available to all exports under 416 tariff lines [at ITC (HS) code of 4 digits] and exports made by MSMEs across all ITC(HS) codes. It is therefore, advised that the benefit of the scheme be provided to all eligible MSME Exporters.

India and China Amend Tax Treaty for Greater Flow of Information
India and China have amended their bilateral tax treaty to enable greater flow of information and help prevent tax evasion.
“The Government of India and the People’s Republic of China have signed a protocol on November 26, 2018, to amend the Double Taxation Avoidance Agreement (DTAA) for avoidance of double taxation and prevention of fiscal evasion with respect to taxes on income,” a statement from the Central Board of Direct Taxes said Monday.
This amendment brings existing provisions for exchange of information on par with latest global standards, the statement said.
The protocol incorporates changes required to implement treaty-related minimum standards under the action reports of Base Erosion & Profit Shifting (BEPS) Project, a global agreement to curb tax evasion.

Investor Premium in Startups Under Lens
The ministry of corporate affairs (MCA) became the latest government department after the income tax to question the premium paid by investors in start ups after issuing notices to more than 2,000 startups that have raised money since 2013.People with knowledge of the notice and MCA’s thinking on the issue said the ministry has questioned the valuations at which these start ups raised money and is focusing on companies whose valuations have fallen after the first round of fund raising. The notices were issued in the past 45 days with the ministry asking whether these start ups have sought exemptions under any government scheme.
The ministry’s missive comes two years after the income tax department raised similar questions and demanded that startups pay tax at the rate of 33% if their valuations fell after the first round.has reviewed a copy of the notice sent to a start up.

RBI Eases Rules for Overseas Borrowing
The Reserve Bank of India has eased overseas borrowing rules for Indian companies to help increase dollar inflows and reduce pressure on local markets even as they are just recovering from the IL&FS fiasco.
The central bank on Monday reduced the mandatory hedge coverage to 70% from 100% for overseas borrowings done by Indian firms. The step is expected to help attract dollar inflows and ease pressure on the currency which till October this year was one of the worst emerging market currencies.
This is the RBI’s latest step to ease norms for foreign debt and coincides with a liquidity crunch for non banking finance companies since late September. So far, tt has reduced the minimum tenure for such borrowings to three years from five years and the tenure required for exemption from mandatory hedging has also been cut to five years from 10 years.

Cabinet approves MoU with Mauritius on Consumer Protection and Legal Metrology
The Union Cabinet chaired by Prime Minister Shri Narendra Modi has approved MoU between India and Mauritius on Consumer Protection and Legal Metrology.
The MoU is beneficial for bilateral relations of both the countries. It will help in expanding cooperation in the field of consumer protection, and will provide an institutional mechanism for exchange of information and derive mutual benefits from development taking place in both the countries. It will further promote inclusive sustainable and resilient development in the areas of Consumer Protection & Legal Metrology to deal with new challenges such as misleading advertisement, telemarketing, multi-level marketing, e-commerce etc. It will ensure traceability of national and international standards, thereby developing new areas of expertise that may facilitate in tackling new challenges.