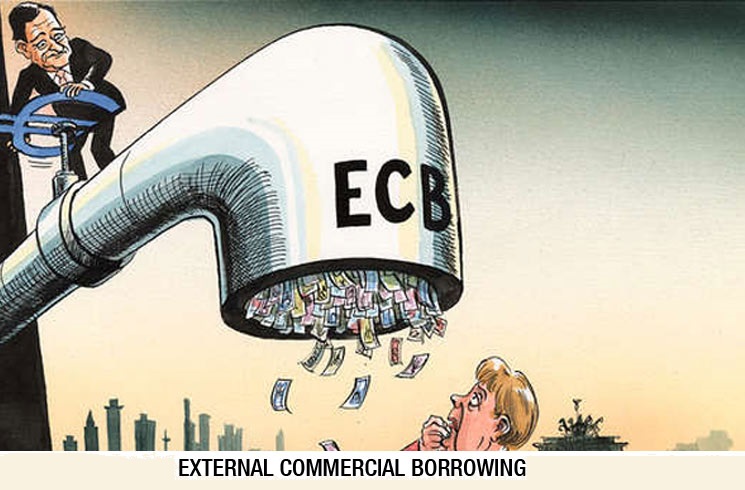 Amidst the recent global challenges and trade wars, many developing countries, including India, faced macro-economic issues due to weakness in their currencies. The Indian government has taken many steps to stabilize the volatility in the rupee by carrying out open market operations in the currency markets, boost exports, additional import duties, etc. India has also taken another step in boosting its foreign reserves by liberalizing the foreign currency loan regime.

The external commercial borrowings regime provides for a framework for Indian corporates to avail foreign currency loans from an overseas lender. Over the years, the ECB regime has undergone significant changes.

The RBI had notified the Foreign Exchange Management (Borrowing and Lending) Regulations, 2018, on Dec. 17, 2018. In continuation, the RBI circular on Jan. 16, 2019, has revised the extant ECB framework. This signifies a major change in policy by the government.

LLP as an ‘Eligible Borrower’
Under the new framework, the definition of an ‘Indian entity’ specifically includes LLP registered under LLP Act, 2008. The erstwhile framework defined ‘Indian entity’ as a company or a body corporate or a firm in India. But now, as there is no exhaustive list and ‘all entities who are eligible to receive FDI’ are regarded as eligible borrowers, an LLP can now borrow ECB, if it is eligible to receive FDI. However some of the AD banks are still prohibiting ECB in LLP and clarification in this respect must by given by RBI as RBI circular clearly says all entities in which FDI is allowed are eligible for ECB.

Under the new framework, the condition to be an eligible borrower is that the entity must be eligible to receive FDI. Thus, it follows that whether an entity actually has received FDI is not relevant as long as it is eligible to receive FDI under Foreign Exchange Management (Transfer or issue of security by a person resident outside India) Regulations, 2017.

The clubbing of the trackwould result in the ECB regulatory framework being simpler and less complex, and reduce regulatory arbitrage.

Eligible borrowers
“Eligible borrower” under ECB framework has been aligned with the FDI policy, whereby all the entities (including LLPs) that are eligible to receive FDI have now been brought under the classification of “eligible borrowers”. This applies for both FCY ECB and INR ECB.

This is a positive move by government in considering that the list of entities eligible to raise FDI are sufficiently regulated in any case under the regulations applicable to FDI.

It would provide a much needed encouragement to LLPs, and may result in growth in the number of LLPs used for structuring investments.

Eligible lenders
The lender should be resident of FATF or IOSCO compliant country, including on transfer of ECB. However,

a) Multilateral and Regional Financial Institutions where India is a member country will also be considered as recognized lenders;

b) Individuals as lenders can only be permitted if they are foreign equity holders (i.e, direct holding of at least 25%,or indirect holding of min. 51%, or group company with common overseas parent) or for subscription to bonds/debentures listed abroad; and

c) Foreign branches/subsidiaries of Indian banks are permitted as recognized lenders only for FCY ECB (except FCCBs and FCEBs).

End-use restrictions
The negative list, for which the ECB proceeds cannot be utilized, would include the following:

(b) investment in capital market;

(d) repayment of Rupee loans (except if availed domestically for capital expenditure or otherwise);

(e) working capital purposes and general corporate purposes (except if from foreign equity holder); and

(f) on-lending for the above activities.

However, this ratio will not be applicable if the outstanding amount of all ECB, including the proposed one, is up to USD 5 million or its equivalent. Further, the borrowing entities will also be governed by the guidelines on debt equity ratio, issued, if any, by the sectoral or prudential regulator concerned.

Late Submission Fee (LSF)
Any borrower, who is otherwise in compliance of ECB guidelines, can regularizethe delay in reporting of drawdown of ECB proceeds before obtaining LRNor delay in submission of Form ECB 2 returns, by payment of late submission fees as detailed in the following matrix:

Conclusion
The revision of the regulatory framework for ECB by the RBI is a positive step in simplifying the extant regime for ECB, and has resulted in substantial easing of the regime for debt funding by foreign corporates. The tax sops that have been introduced for ECBs, coupled with relaxation on LLPs raising ECBs, bucket of eligible lenders and the purpose for which ECBs can be raised, should encourage further ECB flows into the country.