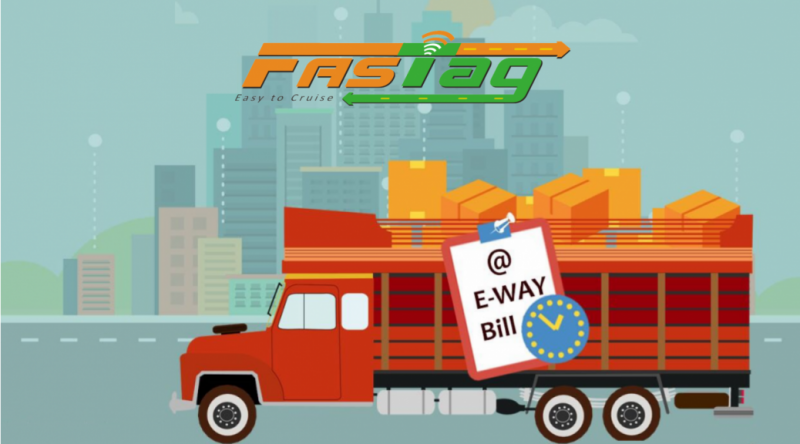 The Indian Highways Management Company Ltd (IHMCL) and Goods and Services Tax Network (GSTN) will sign a memorandum of understanding on Monday for integration of FASTag with GST e-way bill system. The memorandum of understanding (MoU) will be inked at the ‘One Nation, One FASTag’ conference, which will be inaugurated by Road Transport and Highway Minister Nitin Gadkari. FASTag is a simple to use, reloadable tag which enables automatic deduction of toll charges and lets vehicle pass through toll plaza without stopping for cash transaction. An MoU will be signed between IHMCL and GSTN for integration of FASTag with GST e-way bill system, an official statement said. The GST Council has already accorded ‘in-principle’ approval for this integration.

EPFO Backs Plan to Allow Subscribers’ NPS Switch
The Employees’ Provident Fund Organisation has supported a labour ministry proposal to allow its subscribers switch to the National Pension System but said the move needs to be backed by suitable amendments to the Pension Fund Regulatory and Development Authority Act.
The retirement fund body wants the PFRDA act to be amended to allow those who opt for the National Pension System to return to the Employees’ Pension Scheme under the EPFO, which is currently not possible, a senior government official told ET.
The National Pension System (NPS) is a voluntary, defined contribution programme administered and regulated by PFRDA. The Central Board of Trustees of the EPFO, chaired by the labour minister, is likely to meet next month to deliberate over the proposed amendments, following which the retirement fund body’s view will be finalised.

New FPI/FDI Classification by Sebi to Hit Many Offshore Funds
Minority stakes in Indian companies, purchased by several offshore funds through the foreign direct investment (FDI) route, now face uncertainty after the capital markets regulator put a 10% minimum ownership threshold to classify equity holdings below that level as portfolio investments.
The change in classification by the Securities and Exchange Board of India (Sebi) will now require the affected overseas funds and private equity companies, which have already made such investments as FDI, to compulsorily secure licences as foreign portfolio investors (FPI). Obtaining such a licence increases their compliance and regulatory burden. By contrast, FDI investments don’t need any licence.

CBDT releases MLI synthesised text for India-Slovak Republic
The document presents the synthesised text for the application of the Agreement between the Government of the Republic of India and the Government of the Czechoslovak Socialist Republic (which applies to the Slovak Republic, being one of the independent states to have succeeded the Czechoslovak Socialist Republic) for the Avoidance of Double Taxation and the Prevention of Fiscal Evasion with respect to Taxes on Income signed on 27th January, 1986 (the “Agreement”), as modified by the Multilateral Convention to Implement Tax Treaty Related Measures to Prevent Base Erosion and Profit Shifting signed by the India and the Slovak Republic on 7th June, 2017 (the “MLI”). The document was prepared on the basis of the MLI position of the India submitted to the Depositary upon ratification on 25th June, 2019 and of the MLI position of the Slovak Republic submitted to the Depositary upon ratification on 20th September, 2018. These MLI positions are subject to modifications as provided in the MLI. Modifications made to MLI positions could modify the effects of the MLI on this Agreement.

Input Tax Credit Without Invoice Capped at 20% To Up GST Revenue
Keen to plug revenue leakages, the government has decided to restrict input tax credit under the goods and services tax to 20% of the eligible amount for an entity if its supplier has not uploaded relevant invoices detailing the payments made.
There was no such restriction until now – input tax credit was claimed by taxpayers on the basis of self-assessment.
The move is likely to lead to create cashflow issues for companies, which would face a higher burden until the full input tax credit can be claimed.

Bring gas, ATF in GST ambit
Union Petroleum Minister Dharmendra Pradhan on Monday asked for inclusion of natural gas and aviation turbine fuel (ATF) in the goods and services tax (GST).
Key petroleum products, including petrol, diesel, crude oil, natural gas and ATF, were kept out of the GST regime due to the revenue dependence of state governments in this sector. Addressing India Energy Forum by CERA Week in Delhi, Pradhan said, “I make a strong appeal to finance minister to take this up with the GST Council and at least make a beginning by including natural gas and ATF in GST.” India is expected to garner an estimated investment of US58 billion in exploration and production sector by 2023. Regarding the concerns related to the exploration sector, Finance Minister Nirmala Sitharaman said the country would honour contracts with producers.