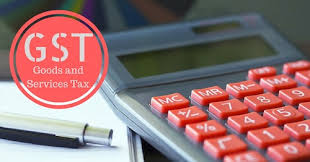 The GST Council in its 9th Meeting held on 16 January 2017 took note of the work to be completed for the rollout of GST and after deliberations, agreed to extend the date for rollout of GST from 1st April 2017 to 1st July 2017. Steps taken to ensure rollout of GST by 1st July 2017 include approval of the Draft GST Compensation Law by the GST Council in its 10th Meeting on 18 February 2017 held in Udaipur, Rajasthan. Subsequently, the Draft CGST Law and Draft IGST Law were approved in the 11th Council Meeting held on 4 March 2017 at New Delhi. The issues of dual control and cross empowerment were resolved in the 9th Meeting of the GST Council held on 16 January 2017 in which a broad agreement was reached on the issue of cross empowerment to achieve single interface of taxpayer with the tax administration in the GST regime in foreign company registration in India.
GST Council is presently deliberating on various issues entrusted to it. All the decisions taken by the Council so far have been based on consensus. GST is going to be implemented soon in the country, therefore, simultaneous and concert efforts are also being made by the government in the form of IT readiness, rigorous consultations, workshops and training sessions for the industry and traders, and all other stake holders involved etc in Chartered accountant firms in Mumbai.