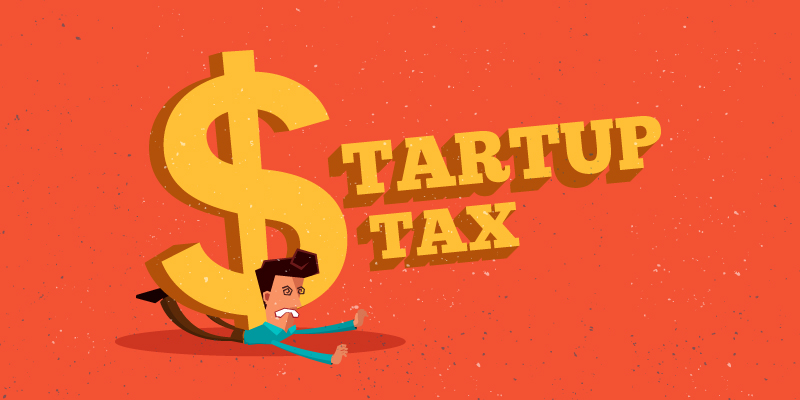 The Government of India introduced ‘Start-up India’ initiative for creating a conducive environment for the start-up companies in India. The CBDT inserted Section 80-IAC in I-T Act vide Finance Act 2016. This provision provides for 100% tax deduction in respect of profits of start-ups which are approved by Department of Industrial Policy and Promotion (DIPP).
The start-ups had been receiving notices from the Dept. for levying tax on proceeds received by them by issuing shares to investors at inflated prices. The Assessing Officers were making additions in the residuary income of start-ups under section 56(2)(viib) by rejecting their abnormal share valuations (herein after referred to as ‘Angel tax’). Since a start-up is valued on the basis of the business potential of its idea, applying section 56(2)(viib) to recover the tax on pretext of inflated valuation would be prejudicial to the interest of the start-ups.
Thus, the DIPP provided relief to them by issuing notification G.S.R. 364(E) dated 11-04-2018. It requires start-ups to file new Form-1 and Form-2 in order to claim tax incentives.

RBI Eases Overseas Borrowing Norms
In an attempt to boost ease of doing business, the overseas borrowing norms have been simplified. The Reserve Bank of India has rationalised the overseas borrowing norms allowing a uniform borrowing limit of Rs. 750 million a year across tenors. It has also broadened the scope of borrowers by allowing all entities that are eligible for foreign direct investment (FDI) to borrow through the externa commercial borrowing (ECB) route.

The current system of two categories-Track I- medium term ECB of three to five years Tracks II- long term ECB of upto ten years are now merged into one under the existing framework as “Foreign Currency denominated ECB”, according to a release by the Reserve Bank on Saturday.The Track III, where the eligible borrowers are NBFCs and microfinance institutions and the rupee denominated borrowings are combined as “Rupee Denominated ECB” to replace the current four-tiered structure. “The framework is instrument-neutral” RBI said.

Eway bill to be integrated with FASTag from April
The goods and services tax (GST) eway bill system is likely to be integrated with NHAI´s FASTag mechanism from April to help track movement of goods and check GST evasion.
The revenue department has set up an officers committee to integrate eway bill, FASTag and DMIC´s Logistics Data Bank services, after consultation with transporters.

3 Cheers: Council Raises GST Bar for Small Business
The Goods and Services Tax (GST) Council approved a series of measures aimed at benefiting small businesses, such as a doubling of the exemption threshold to Rs. 40 lakh and an increase in the turnover limit for service providers looking to avail of the low-compliance composition scheme. “There were several items in today’s meeting that dealt with structure and procedure… We raised the composition scheme limit to Rs. 1.5 crore from Rs. 1 crore,” said Union finance minister Arun Jaitley, who also heads the council. “The decision will be applicable from April 1, 2019.” While the exemption limit for registration and payment of GST has been raised to Rs. 40 lakh from Rs. 20 lakh for suppliers of goods, states would have flexibility to decide on one of those in a week. The threshold will be doubled to Rs. 20 lakh from Rs. 10 lakh in northeastern and hilly states.

Auditors Not to Put Value to Cos They are Auditing
An income tax tribunal has barred auditors from issuing valuation certificates to the companies they are auditing. This is set to impact several tax disputes around valuations in companies including angel tax disputes involving start-ups. The Bangalore Income Tax Appellate Tribunal (ITAT) said that auditors of a company cannot double up as accountants especially in situations while dealing with “share valuation for the purpose of excess share-premium taxability.” In several cases the income tax department has disputed valuations of companies around the time of investments. The ITAT ruling came in a case where the tax department had challenged valuation of a company by its auditor. In most cases, valuations of startups were challenged by the tax department, leading to “angel tax.”

Income-tax Refund in ‘One Day’ might be a reality
Filing of Income-tax returns and its processing is going to be hassle-free and much faster with the introduction of Rs. 4,241 crore project for integrated e-filing and centralized processing resulting in ‘One day’ Income-tax refund.
The project is to be executed by Infosys Ltd. and is estimated to be completed within 18 months and would be implemented in time for filing of returns in 2020. It will add many features to the e-filing portal to offer variety of user friendly pre-filled tax forms which can be further be modified and validated by the tax payers.
It is estimated to promote voluntary compliances and enhanced experience of the taxpayers. Faster processing of returns, issuance of refunds within one day, providing status updates and speedy communication would ensure transparency and accountability.

If you have any query regarding this Click here