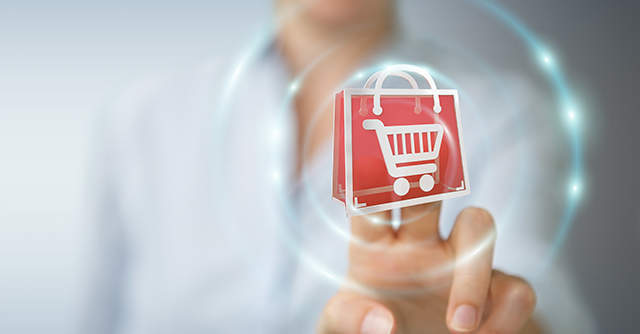 The Competition Commission of India (CCI) said in a study, released Wednesday, that marketplace platforms should adopt self-regulatory measures such as clearly stating the parameters of search ranking, setting out a transparent policy on data collected by them, among others.
Releasing the findings and its observations, the CCI said marketplace platforms should bring out a clear policy on discounts. This would include the basis of discount rates funded by platforms for different products or suppliers and the implications of participation or non participation in such schemes.

GST refunds for exporters over capital goods purchase on cards
In a bid to alleviate exporters’ concerns amid an economic slowdown, the government is likely to propose changes to the goods and services tax (GST) policy to allow for the refund on taxes paid on capital goods purchases to exporters.Though this will need a resolution from the GST Council, the finance ministry may announce the proposal in the upcoming Union Budget, scheduled on February 1, Business Standard
has learnt. This will help those businesses which prefer the Letter of Undertaking (LUT) route to export their products or services.
Currently, under the LUT route, they need not pay tax on their export bills, but they stand to lose refunds on taxes paid on capital goods. Taxes on all other inputs get refunded.

Budget Likely to Unveil ‘Fund of Funds’ for MSME Sector
India could unveil a ‘fund of funds’ for micro, small and medium enterprises (MSME) sector in the upcoming budget to provide funding line to the sector.
A fund is on the cards,” a government official told ET. It would be modeled on the lines of FoF suggested by former Sebi chairman U K Sinha headed committee on MSME.
The committee had in June 2019, recommended setting up of a government-sponsored fund to help the sector.
“A government sponsored Fund of Funds (FoF) of Rs 10,000 crore to support VC/PE firms investing in the MSME sector that will support crowd funding from venture capital and private equity firms, which focus on investing in the MSME segment on modified term sheets developed by SIDBI. This would encourage innovation in term-sheets and product structures

Now, Secretarial Audit must for Cos with borrowing of Rs 100 cr or more
Private companies with total outstanding debt of Rs 100 crore or more to banks and financial institutions will now have to submit a secretarial audit report to the government, according to a rule notified by the corporate affairs ministry on Monday.
Under the previous rules, public companies with a paid-up share capital of Rs 50 crore or more or those with a turnover of Rs 250 crore or more were required to submit secretarial audit reports along with their board reports.
In a move aimed at boosting the ease of doing business, the threshold for paid up capital at which private companies are required to employ a company secretary was raised from Rs 5 crore to Rs 10 crore.

Budget may Introduce Tax Dispute Settlement Scheme
The government is considering a litigation settlement scheme in the upcoming budget that will allow companies to put an end to legacy tax disputes by paying a portion of the money demanded by the revenue department, said four people with knowledge of the matter.
This could help bridge the fiscal deficit gap and monetise a part of the amount stuck in tax litigation
A government task force had recommended the litigation settlement scheme in July last year. Such a move will also help improve ease of doing business. Separately, the Central Board of Direct Taxes (CBDT) had set up a panel to help reduce tax litigation in February last year focused on resolving pending direct tax disputes urgently.

Govt Mulls no Tax on LTCG with 2-year Holding Period
The government has approached tax advisers and experts on the possible implications of removing tax on long-term capital gains (LTCG) introduced amid much criticism in the FY19 budget. Government officials, tax advisers say, are considering options to attract more foreign long-term investment and one proposal is to do away with LTCG tax on listed equities.
The government may also tweak the definition of ‘long term’ from a year to two years, people with knowledge of the discussions said. Currently, 10% tax is levied on LTCG.
The removal of LTCG tax is in line with Prime Minister Narendra Modi’s speech in New York in September last year where he promised foreign investors that the government was working towards “bringing tax on equity investments in line with global standards”. Many key countries around the world don’t have LTCG tax, experts said.