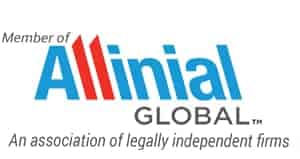 In the wake of liberalization in 1980s and the introduction of the new industrial policy of 1991, substantial policy changes were made to pull down administrative barriers to allow for the free flow of foreign capital and international trade. The FDI regime has been progressively liberalized, largely by removing restrictions on foreign investment and simplifying procedures. As a result, among the emerging economies, India has one of the most liberal and transparent foreign investment regimes.

The government of India releases a compendium of FDI policy every six months. Foreign investment in India can be made either through the automatic route or the approval route.

Under the automatic route, no prior regulatory approval is required from either the RBI or FIPB. Under this route, investors are required to notify the concerned regional office of the RBI within 30 days of receiving investment money in India and to file the required documents and details of the shares allotted, with the same regional office, within 30 days of issuing such shares to the respective foreign investors.

FDI in business sectors not covered under the automatic route requires prior approval from the Government of India. Applications for foreign investments that need prior governmental approval are required to be submitted to the FIPB.

Foreign persons who can invest in India under the FDI regime

Entities into which FDI can be made under the FDI regime

a. FDI in an Indian company

This is subject to sectoral caps, pricing conditions and other conditions.

b. FDI in partnership firms/proprietary concern

Prior approval of FIPB